Photographs from Pauline Rowson's radio interview on Angel Radio, talking about her Solent based crime novels

Radio interview went well yesterday when I was talking live on Angel Radio to David Nove. 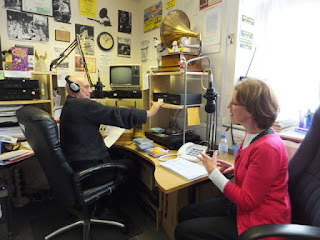 I was interviewed about my crime and thriller novels, set in Portsmouth and the Isle of Wight;what made me create the fictional detective the flawed and rugged DI Andy Horton, the locations for the DI Horton marine mystery crime novels ; the new DI Horton number eight in the series, Death Lies Beneath, which will be published in July and I talked about the setting and inspiration for A Killing Coast, the seventh in the series, which was published in January. 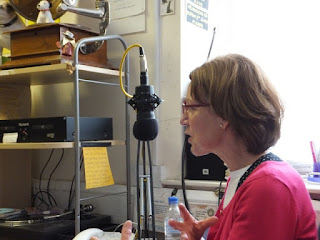 Angel Radio broadcasts on 91.5 fm and via the Internet. It specialises in records made before 1960. The station has a huge following across the ages and has listeners all over the World including Europe, Australia and the USA.

I enjoyed the interview. Hope the listeners did too.