Review: The Underground by Lawrence McMorrow 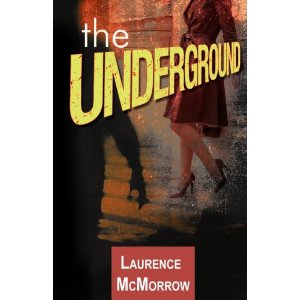 Late 1940s America, a world in which deserving has little to do with what you get, and the Irish immigrant Maura arrives as an almost-rebel. Despite her Catholic background, she has lost her virginity on the boat to the New World and, upon arrival in the US, she falls in love with Frank and gets pregnant. Frank is no ordinary man, he is a communist, and, at the height of the Cold War, he is hounded and persecuted by the police and the FBI. Frank suggests Maura become a sleeper for the revolution and disappear into small town America until the time is right. Maura forfeits her lucrative teaching job, changes her name and starts working in a small town diner. She is hardly an ideologist or a fighter for the cause. Most likely it is boredom and her attraction to Frank that has driven her into what was then and would be now radical politics in the US. In small town America she meets John, an FBI agent who is out to hunt people like Frank. She also meets Gus, a trainee lawyer who helps her find an apartment and who, it turns out, is a comrade. Maura’s Underground becomes crowded very quickly.

What’s interesting about The Underground is the Noirish, uncertain character of Maura. Throughout this short novel, she is indecisive, blown this way and that by politics and love, by a need to be with somebody, anybody perhaps. Ironically and unusually, it is this fatalism that makes her captivating, because it makes for an unpredictable narrative.

The paranoia of late 1940s America, the demonization of left-wing politics and the quasi-fascist pursuit of dissenters to the American Dream form the backdrop to Maura’s lost journey. The language is understated and the plotting is smooth and nothing much actually happens. As the tale of secrecy and betrayal progresses, Maura gets more and more mired in the conflicting demands of the men in her life in this slow motion race to the bottom.

A quiet and intriguing debut by Irish writer McMorrow.