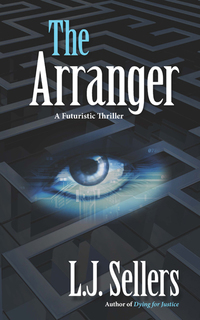 This unusual story developed from several ideas that came together for me:

a character I couldn’t get out of my mind, a vivid opening scene I had to use, and a growing concern about the effect of long-term unemployment on our country.

The protagonist is Lara Evans, one of the taskforce investigators from my Detective Jackson series. In the fifth book, Dying for Justice, Evans had a major role, and I had such a good time developing her character and writing from her perspective that I knew she needed her own novel. After five Jackson titles, I was ready to take a break and stretch my creative side.


Here's the back cover copy: The year is 2023 and ex-detective Lara Evans is working as a freelance paramedic in a bleak new world. She responds to an emergency call and is nearly killed when a shooter flees the home. Inside she finds the federal employment commissioner wounded, but she’s able to save his life.


The next day Lara leaves for the Gauntlet—a national competition of intense physical and mental challenges with high stakes for her home state. She spots the assailant lurking at the arena and soon after, she lands in deep trouble. Who is the mysterious killer and what is motivating him? Can Lara stop him, stay alive, and win the Gauntlet?