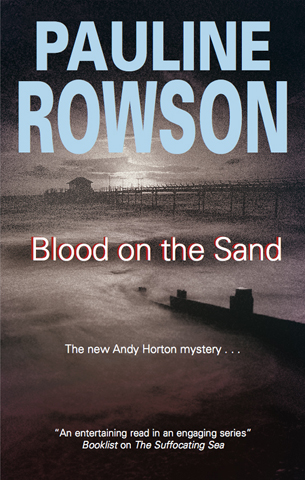 I've just received the jacket image for the cover of the new Inspector Horton marine mystery crime novel, Blood on the Sand, which is to be published by Severn House on 26 February 2010. I hope you like it. The design follows through from my previous crime novels using the marine theme. My crime novels are all set against the backdrop of the sea on the south coast of England - hence the label, marine mysteries.
Blood on the Sand is the fifth in the crime series to feature the flawed and rugged detective and is set on the Isle of Wight rather than Horton's usual patch which is Portsmouth.

Comment by Pauline Rowson on November 4, 2009 at 9:03pm
Many thanks. I'll pass your comments on. It is atmospheric.

Comment by Benjamin Sobieck on November 4, 2009 at 1:31pm
I like spooky covers. Kudos to whomever designed it at Severn.