About Me:
I've been writing crime fiction for over ten years now. Prior to this, I wrote 'wierd fiction'. Sometimes I still do. I've been published in a variety of magazines and anthologies, and was nominated for a CWA Short Story Dagger Award in 2001 for 'Leaving Seven Sisters', originally published in the Uk in Crimewave magazine.
More short fiction is due in the next couple of months, as well as some podcasts featuring readings of some of my back catalogue for the TTA/Crimewave/ezine website.
I've just completed my first book, Secret Skin, a private eye novel set in Paris, involving sex traffic, diamond theft and corporate crime.

CRIMEWAVE # 10: NOW YOU SEE ME featuring 101 WAYS TO LEAVE PARIS
A hard-boiled tale of revenge in the City of Light ...A story rich in London argot and a vivid sense of place. An ex-con investigates the murder of a Tory Minister's daughter in a tongue-in-cheek tale which cunningly avoids expected clichés. The judges admired the 'getting rid of the body' episode, one of the finest expositions of this vital ingredient that they had read.
Crime Writers Association Judging Panel >"Lost in Darkness" by Simon Avery and Ian R. Faulkner is a psychological tale of revenge. Charleton's girlfriend, Aimee, has been badly beaten and lies broken in the hospital. Charleton feels it is because he is black, and his rage at the people who did it manifests violently. Although the split personality/memory loss plot has been done before, Avery and Faulkner put it to good use here. What they came up with is a well-wrought crime tale that is thrilling to read.
Tangent Online 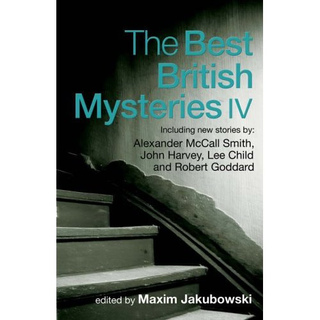 Birmingham Noir featuring The Art of Leaving Completely
>‘Dreams, as one of the contributors observes, are dangerous things – and danger lurks within these pages in an impressive kaleidoscope of settings. These are stories of betrayal, of communication breakdown and obsession. Some show the human cost of losing our ethics, while others reveal how madness can lurk in the supposed safety of a shopping mall or cathedral. But there is humour here too, and an awareness that we can make our lives better. Simon Avery’s perfectly observed narrative about moving on from a broken marriage is worth the cover price alone. Birmingham’s criminal underworld and sex industry are laid bare in these entertaining, saddening and shocking pages. Lock up your daughters, sons and the family cat until you’ve learned from these stories of crime in the city.’ Carol Anne Davis
Simon Avery's equally well-observed narrative delivers shocks from the start when a Romanian teenager finds herself forced into a life of prostitution. Her experiences are entwined with the actions of a middle-aged man whose marriage is failing. 'Once you begin to pick at a frayed thread, you find that everything unravels at a frightening speed.'
alchemypress.com
The book ends on a high note, with the brutal and emotive 'The Art of Leaving Completely' by Simon Avery... here outstanding with the picture of a marriage on the way out and a man who tries to save somebody else even though he can't save himself...
Peter Tennant TTA Press Black Static # 1 featuring Bury the Carnival
Bury The Carnival by Simon Avery, is a fresh take on Pinocchio, with the role of Geppetto being taken on by Charousek - a man recently released from prison by despotic puritans. Originally imprisoned for his use of old magic, Charousek has returned to the village in time for the End of Darkness, a momentous occasion being witnessed for the first time by many of the town’s younger inhabitants. One of these is the reporter sent to investigate Charousek’s story. What she uncovers is terrifying and life changing. Moving and atmospheric, the gripping style of Avery’s writing delivers an excellently dark little tale... (Whispers of Wickedness)
Simon Avery's 'Bury The Carnival' opens the magazine in style with the longest story in the book; it has a fairytale feel (as in Grimm, rather than Disney), not just with it's mannequin protagonists but also a faux-Eastern European setting. But the sinister Precisemen -tools of the repressive Puritan government- give the story a contemporary twist, and the affecting protagonist and her lover invoke the reader's involvement. Highly recommended.Suite101.com Despite the huge amount of bad turns Ben Affleck has taken in his career, I've always retained a soft spot for the guy. Maybe it's residual affection for his work in Kevin Smith's best movie, Chasing Amy (and even for the more critically derided Jersey Girl), or for his work with writing compadre, Matt Damon in Good Will Hunting. It may even be for his work on… Continue So, on Saturday I picked up David Lynch's last movie, Inland Empire on DVD.
And I watched it last night.
Where to begin?
Hmm...
OK, so like much of Lynch's recent output, Inland Empire is baffling, beautiful, hypnotic and frustrating, all at once. It begins for the first hour to make a sort of sense. Laura Dern plays a actress who takes on a new… Continue

Alafair Burke said…
Thanks for introducing yourself. Hopefully we'll meet in person some day.

Leigh Redhead said…
Thanks Simon, PI's and strippers are pretty much my favourite things too!
Cheers x

Simon Avery said…
Hi Grant, thanks. Your book sounds excellent. I'll keep a look out for it in November. Best of luck with it.

Grant McKenzie said…
Welcome, Simon. Your stuff looks great. My crime/thriller debut is launching in the UK in November, so maybe we'll bump into each other somewhere/sometime down the line.
Cheers,
Grant