About Me:
Just out - Forever Young: Blessing or Curse, a paranormal romantic thriller by Morgan Mandel -
Fresh beginnings turn tragic when Dorrie Donato’s husband, Larry, is killed in a hit and run accident a few months after starting a new job at the Life is for Living Institute. Discouraged and desperate after suffering countless setbacks, Dorie accepts an offer by Larry’s boss, the famous Angel Man, to be the first to test an experimental pill designed to spin its user back to a desired age and hold there, yet still retain all previous memories. The pill seems too good to be true. Maybe it is.

I Am A:
Reader, Writer, Publisher

Movies And TV Shows I Like:
Seinfeld
Raymond
Dog Whisperer
Design on a Dime
GAC channel A limp object lay sprawled in the parking lot where Dorrie was to meet her husband. It looked like, no it couldn’t be...

Pulse pounding, she hit the brakes and flung open the door. A few steps, and she stood  staring in disbelief at her husband’s still form. That red streak didn’t belong in Larry’s salt and pepper hair, nor should it mar his olive skinned cheeks, and trickle onto his white cotton shirt.

She groped in her purse for the smartphone. Fingers shaking, she dialed 911. “There’s been an accident at the Life is for Living Institute. I need an ambulance. Hurry, please.”

A helpless feeling engulfed her. If only she knew first aid, but in all her fifty-five years, she’d never bothered to learn. She had to do something, but what? Bending down, knees scraping the asphalt, she touched her husband’s hand. “Larry, it’s all right. I’m here.”  She wanted to be brave for him, but couldn’t keep her voice from quavering.

He whispered something she couldn’t catch, something about his iPhone.

“I found it on the nightstand, Larry. It’s right here in my purse.”

“Dorrie, I want you to keep it. Something’s…on it,” he gasped.

She bent closer. “I know honey, all those songs and photos. They mean a lot to me, too. Don’t worry, when we get home tonight, we’ll share them together.”

He struggled to speak, but his voice faded in and out. He probably shouldn’t talk. Where was that ambulance? Her husband needed help.

Larry flashed a weak smile and looked straight into her eyes. “Love ya,” he whispered.

Stifling a sob, she completed the ritual. “Love ya, back.” In their thirty years of marriage, how often had they said those words to each other?

His lips stilled. His hand slackened. His brown eyes stared unseeingly, as his face froze into a smile.

This can’t be happening. Larry, you can’t leave me. It’s too soon.

Blood rushed to her head. Roaring filled her ears. Larry couldn’t be gone. She’d prove it. Dorrie bent to kiss his lips. They felt warm and soft. He must be alive. Soon the ambulance would come, the paramedics would fix him, and he’d be all right.

She glanced again at Larry’s still form. The truth hit, sucking her breath away. She didn’t need a medical examiner to tell her what she could see with her own eyes. Larry had left and would never return. Her stomach convulsed, her chest heaved with sobs.

It shouldn’t end like this, not in the middle of a parking lot. Larry deserved better. So did she.

“WHAT’S GOING ON down there?”
Danny Callaway heard the question, but couldn’t answer. His brain froze in the cold February air as he stared at the broken rag doll that had once been his sister, Mary Alice.
In his sixteen years he’d never witnessed death first-hand. Until now.
Mary Alice’s still form lay sprawled against the alley’s cement. Her head stuck out at a crazy angle like the girl in the Exorcist movie.
Hoping against hope, he checked for a pulse at her neck. Nothing. He tried her wrist, but got the same result.
His mind was all jumbled. All he could think of were stupid things, like how he’d heard guys call Mary Alice a prude because she closed the top buttons on her blouse and never wore mini-skirts.
She’d sure be embarrassed not to have anything on at all. Someone had to cover her up and make her look presentable. Maybe Mom could help.
But how could he tell her? A sob tore through his throat. He clamped his mouth shut to keep the bile from rushing out.
Through the shock and pain, one thing remained clear. Kevin would pay for this.
FOR MORE INFO ON TWO WRONGS BY MORGAN MANDEL, AS WELL AS OTHER BOOKS, See http://bookplace.ning.com 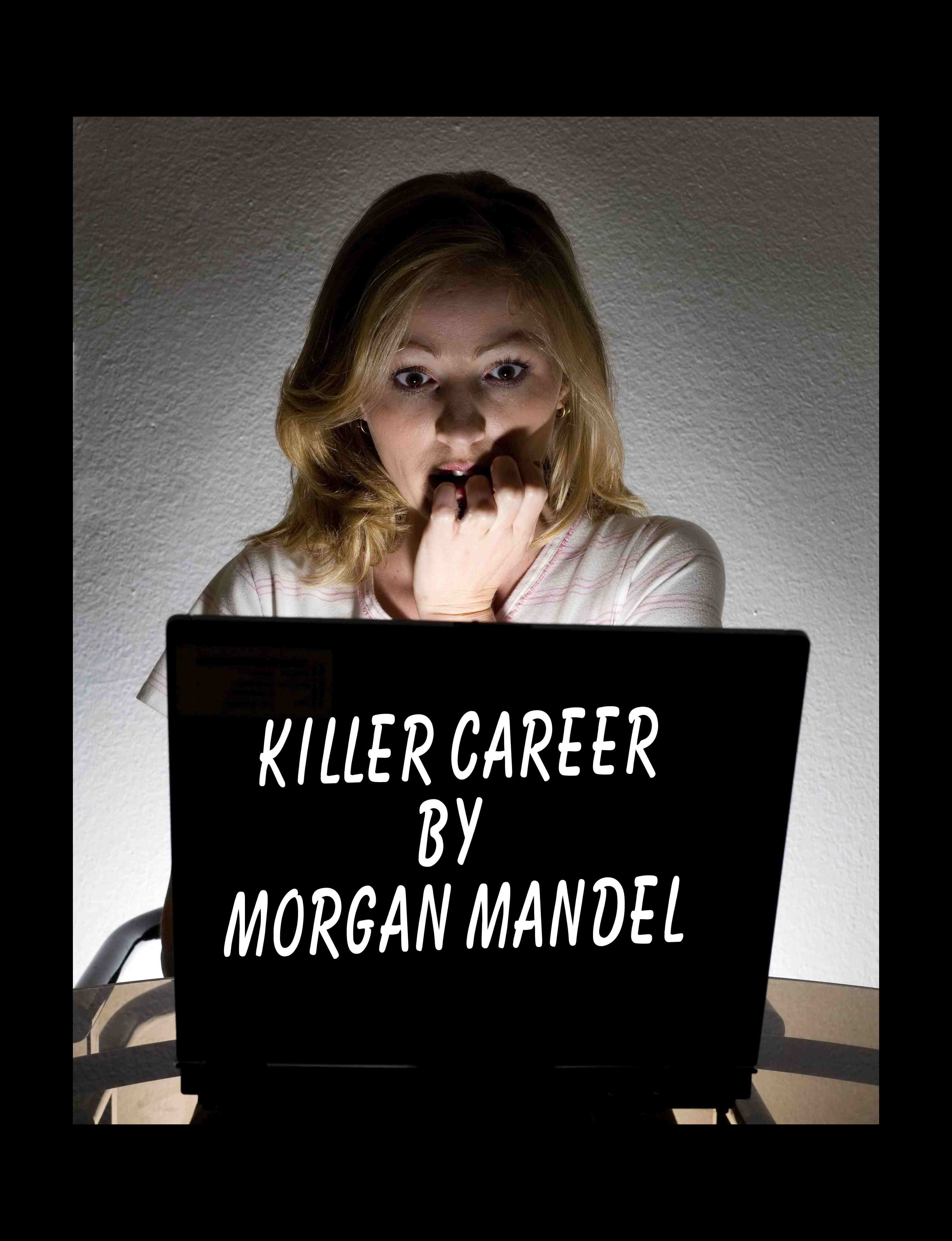 Hi Gang,
Please stop on by my blog today at http://morganmandel.blogspot.com to get the link for the first stop on my blog book tour at Cicero's Children, Mary Welk's blogspot. This one's about Villains and Heroes - Gotta Love 'Em.

Julie McGuire gazed intently from her table in the filled-to-capacity dining room of the Wyndham Hotel. The Love To Murder Mystery Conference had saved the best for last. New York Times bestselling author, Tyler Jensen, now approached the podium.
His entire bearing commanded attention, from his shoulder length wavy chestnut hair pushed back behind his ears, to his sexy sideburns and piercing hazel eyes. She guessed him to be thirty-five, about five years older than she. Clever, rich, tall,… Continue

Lisa Fernow said…
Let me know how I can help - love to see your thriller succeed.

Lisa Fernow said…
I adore thrillers (and spy novels), and keep thinking it would be fun to write one - I've travelled all over the world and love the jetsetting aspects of the genre, but thought I needed to be conversant in blowing things up (all the 'guy' details) to write one. As a woman, do you think you bring a different sensibility to the genre? I think there has to be a market for this!

Susan Froetschel said…
Good luck with launch of Killer Career, and could attract attention on this killer of a job market!

Lisa Fernow said…
Fantastic noir photo. Do you consider yourself more a romance writer turned to suspense, or the other way around?

Irene Fleming said…
Hi, Morgan,
Happy to be friends. I remember Chicago with great fondness, though it's been several lifetimes since I was there. You have a cool page, a lot of stuff going on, many familiar faces.

Do you think you or someone you know would be interested in my story?

You sound like the perfect person to author my story. If you review my crimespace spot, or Email me at jmjenne214@yahoo.com., I promise you won't be dissapointed. If you or a friend are available to do this project, let me know and I will get you the necessary information.

Beth Groundwater said…
Hi Morgan,
Thanks for befriending me. Boy, you are a busy beaver with networking and events! You've even impressed this fellow mystery author. :)