PULP! Two Novels and a Novella to Keep You on the Edge of Your Seat

Vincent Zandri has entered the "boxed set" arena with his first ever effort from Bear Media. The aptly titled PULP!...(click on the title to…

"You truly feel what the author is trying to convey to the audience of readers as you become within yourself part of the hunt: Who, What, Where and How we're the murders committed. I highly recommend this book."

Pre-Order the novel that's based upon one of the most shocking axe murders to ever occur in Albany....MURDER BY MOONLIGHT:… Hate Amazon? Well Read About What Random House Did to Me and My Family...

The following blog is now appearing at The Vincent Zandri Vox: http://vincentzandri.blogspot.fr/2012/04/hate-amazon-well-read-about-what-random.html#.T4RtpdWM6So…

SCREAM CATCHER is FREE for KINDLE

The new stand alone thriller SCREAM CATCHER is FREE all weekend long for your Kindle! Today and tomorrow only you can get… What you are about to read is not MOONLIGHT FALLS as originally and graciously published by R.J.Buckley in 2009.… There are reasons I don't get into publishing and this is the main reason why: Success is a guessing game more synonymous with luck than solid…


I love these stories.
Stories about old "legacy" model published authors switching to the indie publishing model (be it self-publishing or traditionally based small indie), and achieving so much success they… Continue 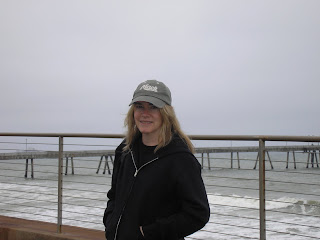 "Paris was to become the staging ground for Hemingway's first 'one true sentence.'"

Then there was a young man who no longer wanted to pursue a traditional education. That young man would be my son, Harrison, whom we refer to as "Bear"… Intitial Impressions and Gut Wrenching Feelings: My story of the first time I met Vincent Zandri

This might qualify as one of the more unusual guest blogs you're ever going to read at the Vox or anywhere else for that matter. But it was the brainchild of Boise-based author, Bri Clark, who herself is one of those rare creatures who…