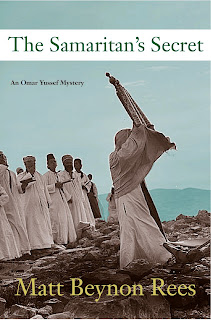 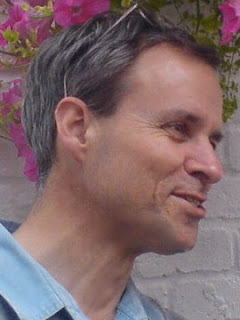 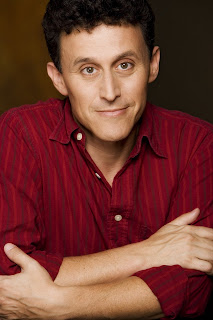 The most stirring, dramatic novel I’ve read in many years is Light Fell by Evan Fallenberg. It’s the story of Joseph Licht, an Israeli family man who falls in love with his rabbi. At first it looks like it might be the tale of their forbidden romance, but the book takes a startling turn and Licht is forced to face the religious… Continue

Thomas M. Kostigen is the most important environmental writer in the U.S. That’s not only because he’s trekked through the Amazon to record how we’re destroying it, or because he climbed into the Fresh Kills landfill on Staten Island to…smell how badly it stinks. Or because his ground-breaking New York Times bestseller… Continue

What's the difference between Sharansky and Lieberman? Apart from a few inches, not much

By Matt Beynon Rees, published on Global Post
JERUSALEM — So, there are two eastern European guys, one from Ukraine and the other from Moldova.

One of them is on the short side and is a chess whiz who suffered through a Siberian labor camp for his uncompromising belief in democracy and freedom. Meet Natan Sharansky, who was picked this weekend by Israeli Prime… Continue 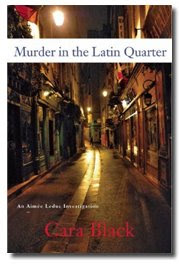 Just when our detective is set to get down to some normal, profitable work, a woman walks into her office with a story that sets our mystery on a personal track. It’s a tested opening for a detective novel, but Cara Black’s… Continue

Beastly Me: my Holocaust take on The Daily Beast

I've started writing for Tina Brown's ground-breaking news website The Daily Beast. The first of my pieces runs today. Here's the headline:
ISRAEL'S PRIVATE SHAME
Today is Holocaust Remembrance Day, and the worst place to be a survivor might be Israel.
To read the article, click here.

Krimis, polars, gialli: what crime novels are called around the world

Sometimes people talk about crime novels as though they were all the same. The sheer number of different names for variants of the crime novel proves that isn’t true.

Police procedural. Mystery novel. Thriller. Cosy. Exotic detective. Supernatural. I used to think there was little real difference, but then my UK publisher told me he wanted to change the title of my first novel “The Collaborator of Bethlehem.” He thought it… Continue

Readers love to discover an author whose work suggests they’re a kindred spirit. Novelists, engaged in the often lonely work of writing, enjoy it even more. That’s how I feel about Christopher G. Moore, whose path is in many ways similar to mine (as you’ll see in this interview). Based in Bangkok, he’s the creator of one of the most striking sleuths in crime fiction: Vincent Calvino seems a distillation of all the most intriguing expats you’ll ever meet… Continue

The Best Bookshop in Germany 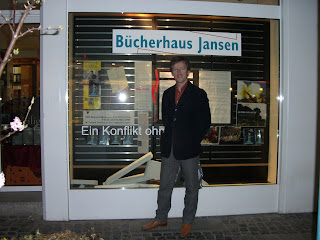 In the town of Ruesselsheim, near Mainz, I've discovered the best bookshop in Germany. The Buecherhaus Jansen stands in a down-at-heel pedestrian street at the heart of an industrial town (home to Opel cars, a troubled subsidiary of General Motors), surrounded mostly by doner kebab restaurants and discount stores. Hans-Juergen Jansen has built his store into a cultural… Continue

I’m starting a new feature on my blog today—a series of interviews with authors about what it’s like to be a writer. I’ll be asking them the questions readers often ask me, and I’m intrigued to know how they’ll answer them. Be sure to follow this blog so you’ll see what these fascinating writers have to say in the coming months.

It’s a great pleasure to begin this series with my friend Matt McAllester. A Scot, he’s been one of the most… Continue

One of my favourite blogs is Declan Burke's excellent Crime Always Pays, which does for Irish crime fiction what the famous toucan does for Guinness. As a Welsh crime writer, I assume I'm the next best thing to an Irish crime writer, so Declan includes me today in his long-running interview series "Ya Wanna Do It Here or Down the Station,… Continue

I was a guest on the BBC World Service's The World Today programme this morning. It's an eclectic news show which ranges from Somali pirates, to the Sri Lankan government's bloody new assault on the Tamil Tigers, and the taste of capybara meat (a clandestine delicacy in Venezuela apparently, although the BBC's reporter sampled it in a roquefort sauce, which strikes me as a terrible mistake.) You can listen… Continue

This is the life, Part 3: Denmark

Where better to send a bunch of crime writers and their fans than a prison? The Horsens Crime Festival in Jutland, the part of Denmark linked to mainland Europe, did just that last month.

Horsens prison was in use until three years ago. By the end it was a fairly humane place – this is Denmark, after all. But the museum set up in its old cells demonstrates how rough it was back in the mid-1800s. There are various implements for… Continue

Review: the new Mankell - no mystery 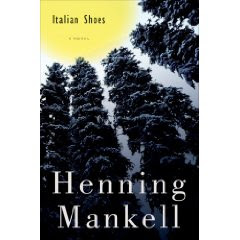 In his 26th novel, Sweden’s top crime writer has eschewed the genre that has seen him sell 30 million books. Even so, fans of his Inspector Wallander novels will find much of what they love about the Skåne detective in the narrator of “Italian Shoes”—only given… Continue

This is the life, Part 2: Norway 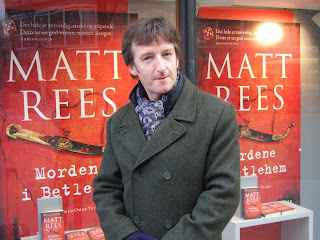 It’s a glamorous life being an international author. For example, I got to go to Norway in the dead of winter when there was two feet of snow in the streets.

And I loved it.

You see, when your home is in the Middle East, experiencing some Arctic conditions are rather welcome. The Norwegians are a lovely people for whom books are a… Continue

Measuring Up: Inside Netanyahu's Head

So why would you invite 30 of the most critical people in the country to visit you every Sunday, to sit around your table and run their mouths?

The Guardian: 5 Foreign Sleuths to Read 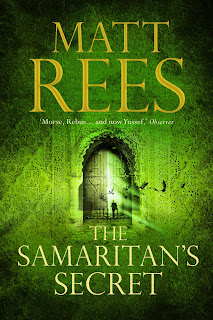 The Guardian recently ran an interesting article seeking to explain the popularity of crime novels set in "exotic" locations -- either written by locals or by foreigners living there. The article makes a few worthwhile points about the basics of this new-ish… Continue