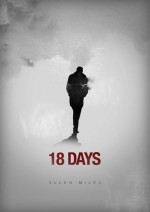 When the movie CASABLANCA opens and engages us, Humphrey Bogart (Richard Blane) wants the girl from his past, one, and two, to keep himself out of World War II. Rick's hiding. He doesn't like Nazis, but he doesn't want to actively fight anymore.

So when the movie ends, when Humphrey and the police captain stroll into the airport fog, does Rick have what he wanted?… Continue

Out of gas, two flat tires, and a broken, cranky heart. The Old Steel Warrior just couldn’t take the pounding schedule. Those endless miles in the dead of night. The refueling and maintenance nightmares in unknown territory. Those snubs from fancier buses.

RED BANK, NJ (May 25) -- The tour bus leaves in a few minutes for Erlanger, Kentucky and a campfire gathering of writers, editors, and agents known as the Writers Retreat Workshop.


My agent and publisher think I’m going to speak about my book, share my experiences getting published, and sell 9,000 copies of Big Numbers. More likely, I’m going to recuperate from the rigors of my Big Numbers World Tour, laugh a lot, and hopefully exact some revenge… Continue

BOISE, IDAHO (June 9) -- Walking from my hotel to the Saturday evening reception, Murder in the Grove’s closing show, I find myself mano-a-mano with New York Times best-selling author, this mystery convention’s Guest of Honor, Robert Crais.

Strolling the sidewalk, just the two of us, one author to another. Sure. Like Roger Clemens and my granddaughter are both baseball players.

“You’ve got to lose your ego in this business,” Crais says.

My ears perk up. The… Continue

WASHINGTON, DC (Friday, May 4) -- Delayed by construction, my train from New Jersey arrives at Union Station 10 minutes late. I have a hissing fit when the robotic, incredibly complicated Metro ticket machine steals my $20 bill. And now--two subway switches and one kind stranger later--I’m jogging through the underbelly of the Marriott Crystal Gateway.

In tow are my computer, luggage, and 45 pounds of promotional material. We weave like a halfback through the busy underground… Continue

MIAMI BEACH, April 22 — My Sleuthfest 2007 kicked off last Thursday with an afternoon margarita, and climaxes now–Sunday–with a celebratory shot of tequila. I’m fuzzy on what happened in between, but Elke the Bartender just told me I met hundreds of fans and sold dozens of books.

Elke leans forward over the counter to pour me another shot, says, “Screaming masses is what Barb said.” The sides of Elke’s blond pageboy fall to cover her cheeks. “Like the time… Continue

RED BANK, NJ -- Did you ever feel like the last pickle in a jar, or that one untouched cheeseburger, cold on the plate after a big family picnic?

Doesn’t SOMEbody want me?

I knew I was taking a chance when I agreed to this appearance--not exactly a prime location for a reading and book signing--but my apprehension ratchets higher as I pull up to the valet parking sign. Thunder, lightning, and steady rain have been assaulting the Jersey Shore since dawn, but now it’s a… Continue

A Rainy Day in Seattle — I’m trying not to panic. Lugging a serious dose of nerves, a 50-count box of chapbooks, and my 12-pound computer case, I just got lost in the wrong hotel. Now I’m lost in the right hotel, it’s getting close to show time–I’m supposed to be giving a 25-minute talk on creating fiction from reality–and I can’t find the Left Coast Crime convention, let alone the Madison Room, or wherever the heck it is I’m speaking.

I check the map in my back pocket one more… Continue

(Seattle) The 2007 Big Numbers World Tour began February 1 when I arrived at Sea-Tac International Airport, rented my car, and headed South on Interstate 5. Seattle and The Left Coast Crime conference being positioned to the north, some observers might have thought me lost. But no, I’d decided that Seattle could wait. My first stop on the World Tour would be Whodunit? Books in Tacoma. Well, actually, my first stop turned out to be a Tacoma taco shop. I was hungry. But after eating a few crispy… Continue