Another good year at Bookstock

There is a distinctive change in my signings these days: I'm actually making money.

Most of us who write never talk about the pay, which is usually abysmal. We write because we must, and we write because we have something to say and want people to hear it. Money is nice, but no one being realistic expects to make a fortune.

Most of my signings over the years have ranged from quiet to excellent: before this year, probably the best one took place several years ago at the Borders store in Columbia, Maryland, where I sold all but three copies of Sherlock Holmes and the Plague of Dracula.

This year, though, not only did I do well in Atlanta (to be expected when 800 interested people were attending a Sherlock Holmes conference), I did almost as well over the last two days at the Bookstock festival in Woodstock, Vermont. In fact, I will actually have to 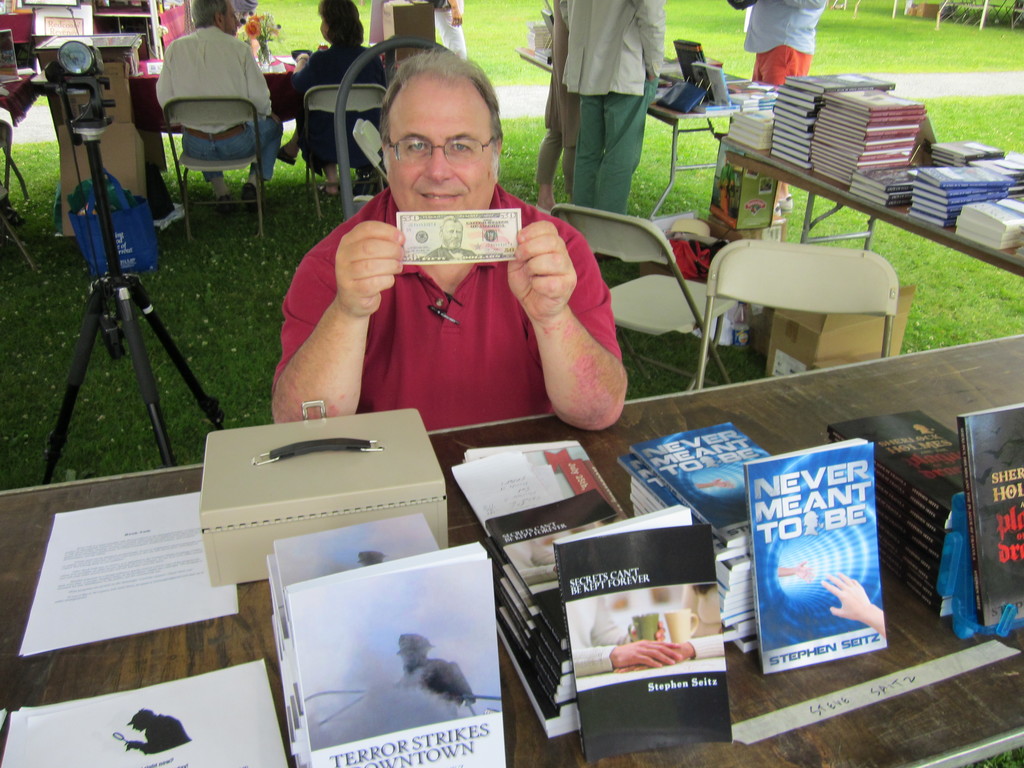 order more copies of "Secrets Can't be Kept Forever" because I'm down to the last three copies.

I badly want to believe that, after years of hard work, things are finally starting to pay off. I hope so. One thing is for sure: I'm going back next year.

Congratulations!  Having only 3 copies left tells us nothing though.  Wonder if you had 100 to start or 10?  Also if you are with a traditional publisher, and what size is it, or Indie published.  That makes a huge difference.  I don't believe there is any way to make money at signings if you are with a small publisher.  Matter of fact, there is no way to make money with a small publisher period, unless lightning strikes.  The only two ways are with a large publisher who hopefully gives a good advance and/or a publicity push.  The  other way to make any money at signings is if you are Indie, which gives you both author royalties and publisher's profits.