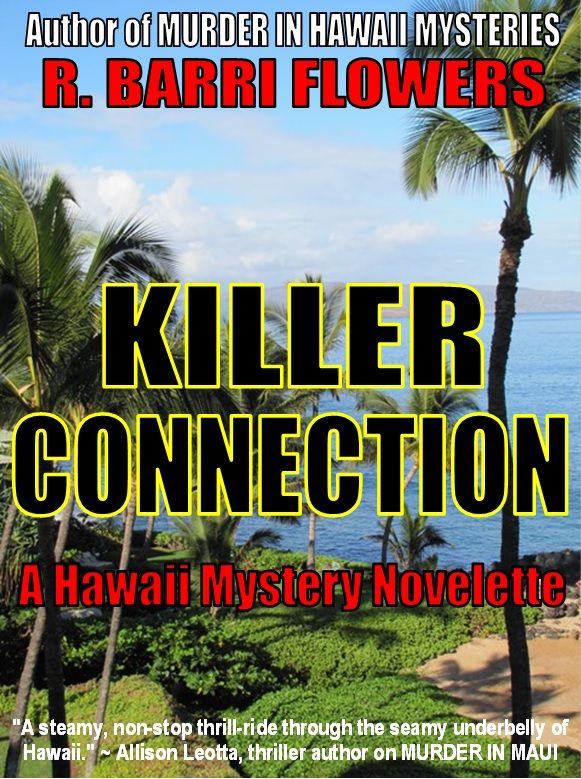 Honolulu fashion designer Kiyoshi Yoshida had just gone through the worst year of her life after losing her twin brother and husband, costing Kiyoshi nearly everything she held most dear.

In what still gave Kiyoshi chills in disbelief, her brother Sergio Matsuko, one time dedicated and decorated homicide detective for the Honolulu Police Department, had stunned nearly everyone who knew him by being identified as the Aloha Black Scarf Killer, a serial killer who had raped and murdered seven women, before committing suicide in a house fire.

Seeking to escape the notoriety, Kiyoshi relocated to Maui, hoping to somehow reclaim her life while working as a saleswoman in an upscale clothing store.

Connor Jansen, a bestselling true crime writer, tracked down Kiyoshi, hoping to get information on Matsuko for his latest book on the notorious island serial killer. Using a pseudonym, Connor worms his way into Kiyoshi’s life, only to have second thoughts about his deception.

In the meantime, a killer has been watching Kiyoshi, waiting for the right time to add here to her list of victims.

“A masterful thriller set in the dark underbelly of Maui, with lots of fine action, down and dirty characters, and the vivid details of police procedure. A terrific read!" -- Douglas Preston, co-creator of the bestselling Pendergast series of novels on Murder in Maui

“A gripping and tightly woven tale you won't want to put down. Author Flowers neatly contrasts the natural beauty of a tropical paradise with the ugliness of murder and its aftermath. " -- John Lutz, Edgar winner and bestselling author of Pulse on Murder in Maui

“Before He Kills Again is a rocket of a read. Not only a heart-thumping thriller, this is that rare novel that is downright scary." – John Lutz, Edgar winner and bestselling author