My true crime book, THE SEX SLAVE MURDERS (St. Martin's Press, 1996), was a bestseller. I recently taped an interview for an upcoming episode of the Investigation Discovery channel's new series about pair killers, Wicked Attraction. I talk about serial killer husband and wife, Gerald and Charlene Gallego--the basis for THE SEX SLAVE MURDERS.

The episode will debut in September 2008.

I also appeared recently on the Biography Channel's popular Crime Stories, in which I talked about the Gallegos and their sexual serial murders. The episode, "The Love Slave Murders," is now available on DVD.

Writing crime nonfiction allows me to tap into the details of real life criminality in creating credible and riveting crime fiction stories.

Speaking of which, apart from my books, I also have a number of short story mysteries in the Amazon Shorts program, including, "Ripper--Part 1," "Deception--Part 1," "The Jury Has Spoken," "Gone But Not Forgotten," and "No Going Back."

My noir story, "The Wrong End of A Gun Barrel," will appear in SEATTLE NOIR from Akashic Books award-winning Noir Series. It will be published in spring 2009.

I am also the editor of a collection of mystery short stories from award winning, bestselling members of the American Crime Writers League. MURDER PAST, MURDER PRESENT will be published by Twilight Times in the summer of 2009.

I am a recipient of the Wall of Fame Award from my alma mater, Michigan State University's renowned School of Criminal Justice.

I enjoy life and living in the beautiful and laid-back Pacific Northwest, but also like traveling to other parts of this great country, especially Hawaii and California; as well as abroad.

Movies And TV Shows I Like:
North by Northwest, The Big Chill, Portrait of Jennie, To Sir With Love, The Sound of Music, Laura, What Ever Happened to Baby Jane?, The Graduate, Valley of the Dolls, House of Crazies, Gentleman Prefer Blondes, Rich Man, Poor Man; Dark Night of the Scarecrow, The Fugitive, Dark Shadows, Mike Hammer, The Immortal, The Big Valley, Gunsmoke, Time Tunnel, Land of the Giants, One Step Beyond, Footballer$ Wives, Prime Suspect, Bad Girls, McLeod's Daughters, Love My Way, Prison Break, Cold Case, Dirt, and Lost.

PROSTITUTION IN THE DIGITAL AGE: Selling Sex From the Street to the Suite by R. Barri Flowers 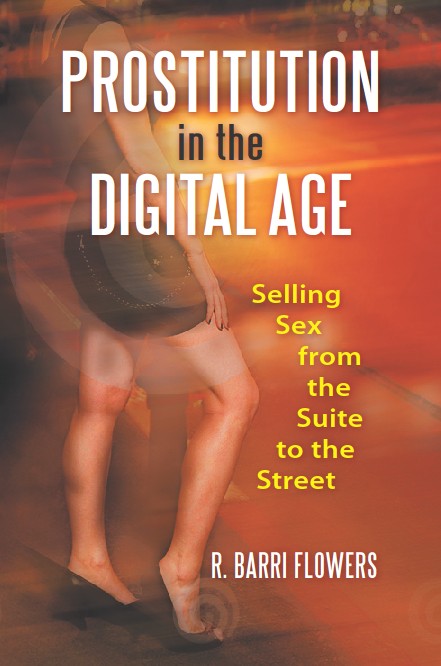 A frank look at the commercial sex-for-sale industry in the 21st century.

In spite of the often glamorized depictions of the sex-for-sale industry in fiction, Hollywood , and popular media, for most prostituted young women and men there the sex trade is all about sexual exploitation, abuse, and violence. Runaways and thrownaways are particularly vulnerable to pimps, johns, and pornographers.

However, the Internet age of prostitution has proven to be a boom for upper class prostitutes, especially the super elite ladies of the night, many of whom earn hundreds of thousands a year plying the trade.

Legal prostitution in the U.S. exists only in Nevada, giving brothel sex workers a viable alternative to illegal prostitution, but is still fraught with risks and competition from prostitutes still working the streets or hotels of Las Vegas and Reno.

PROSTITUTION IN THE DIGITAL AGE explores all the highs and lows of the sex trade indiustry in today's world. It goes on sale April 2011. 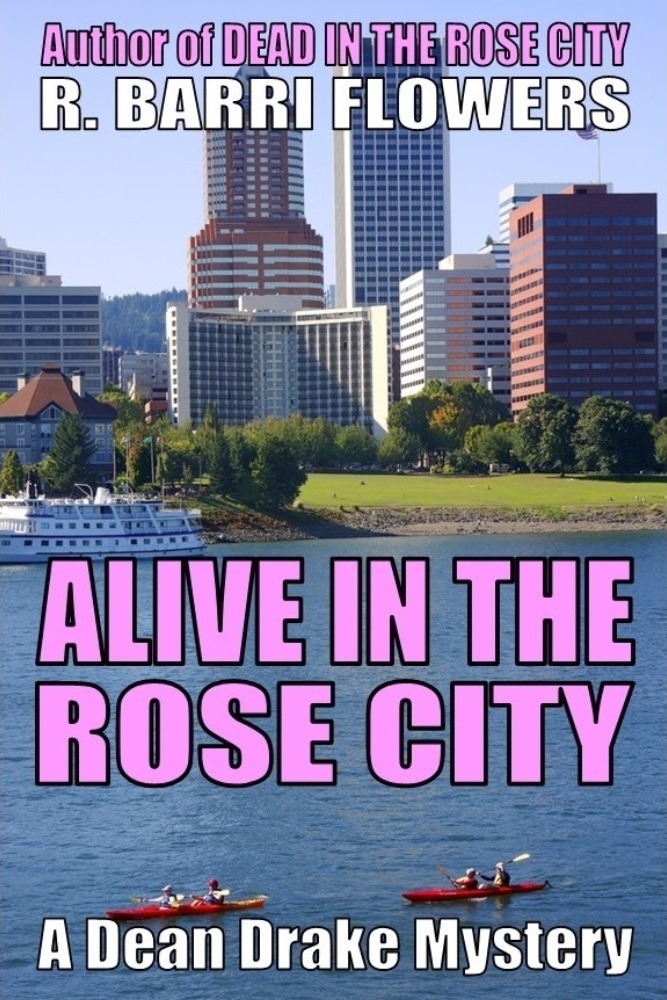 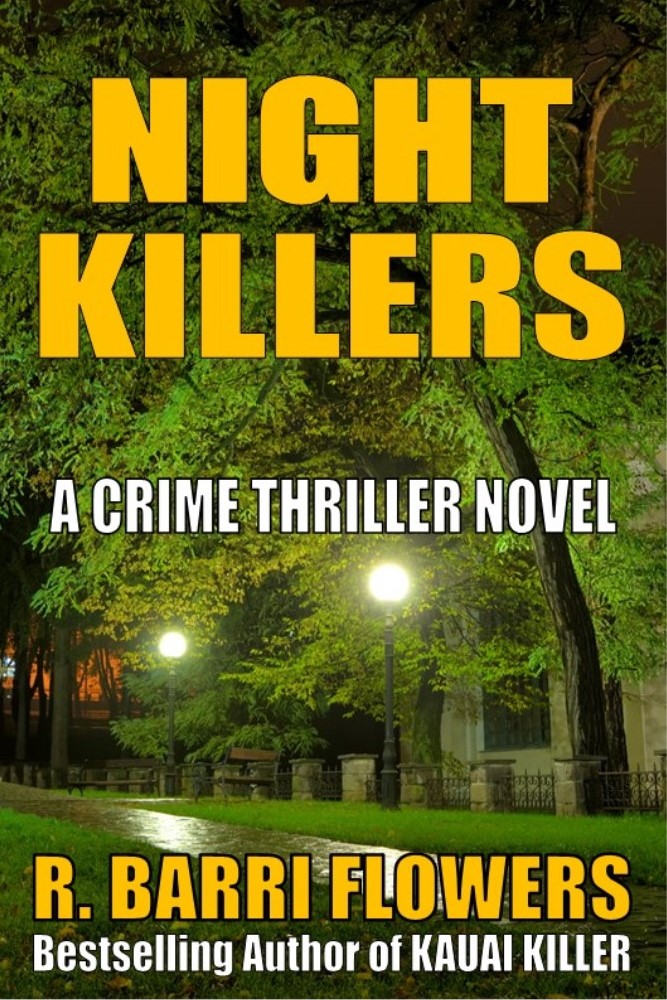 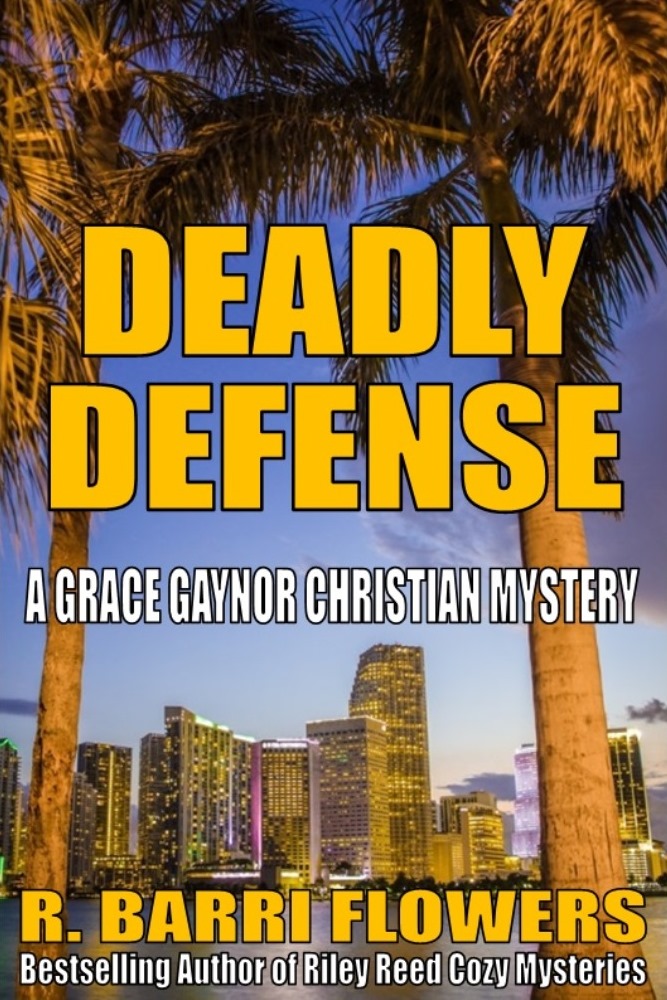 David Lohr said…
Glad to see you on here Barry!

Preetham Grandhi said…
Hi R. Barry , I want to introduce you to my debut novel "A Circle of souls" which is a murder, mystery, psychological thriller and a tale of justice and hope. Do visit www.acircleofsouls.com to read more about the book. Make sure you sign up to win an autographed copy of the book. You can also read more reviews by clicking on the More Reviews button at the website. Thanks for your time in advance.

adele gunter said…
Thank you am happy you replied i will get some books now i know where to go.x

Vikki Petraitis said…
Hi Barri,
Tell me more about what you want. What sort of anthology? What sorts of stories do you have already?
Vikki

D K Gaston said…
Hey Barri, I checked out your website and see you write several different genres. Do you find it difficult to bounce between crime and romance?

if you want to keep up with other michigan's literary community, join www.motownwriters.ning.com

D K Gaston said…
Hi Barri, thanks for becoming my friend. It's alway nice to meet a fellow Detroiter, past or present.

Elizabeth Zelvin said…
Thanks for asking what Death Will Sober is about, Barri. :) It's about a guy who wakes up in detox on the Bowery on Xmas Day and realizes he'd better change his life, but he's afraid he'll die of boredom if he drinks again, so he investigates a murder. :) I just found out the book's available for preorder on Amazon, and I'm wildly excited. Liz

I have seen Clash By Night--I love Barbara and Robert Ryan--terrific actors.

If you want something very, very noir, try "The Strange Love of Martha Ivers" with Barbara, Kirk Douglas, and Van Heflin. :)

Elizabeth Zelvin said…
Thanks for the comment, Barri, and happy Labor Day. :)
Liz