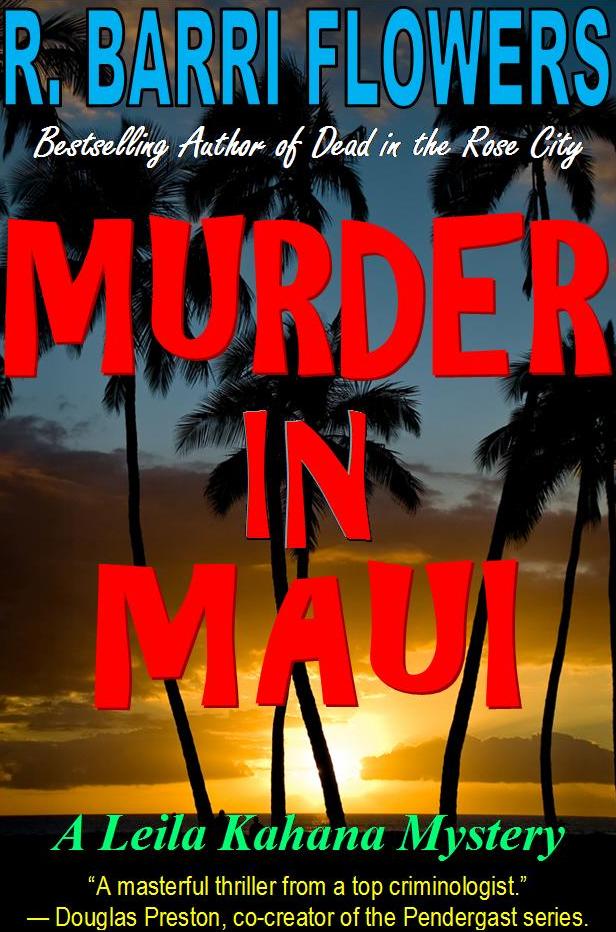 Maui County homicide detective and composite sketch artist Leila Kahana is the protagonist. A Hawaiian native, Leila follows in the footsteps of her grandfather who was the County of Maui police chief. She is tough, smart, sexy, and outspoken.

Leila’s partner is Detective Sergeant Blake Seymour, separated from his wife and pushing to make lieutenant.

Leila and Seymour investigate the execution-style murder of two prominent doctors in an upscale condominium. Larry Nagasaka and Elizabeth Racine are found lying naked in bed in a pool of their own blood. It is learned that they are married, but not to each other, and that the doctors belong to a prestigious medical association.

Assisting the detectives in the case are fellow members of the homicide squad, Detectives Trent Ferguson and Rachel Lancaster, run by Lieutenant Paul Ortega who is contemplating retirement. As they interview suspects and collect evidence, more doctors belonging to the medical association are murdered, making it clear to all that they have a ruthless and determined serial killer on their hands.

Leila, attempting to step out of the shadow of her grandfather and prove her worth to a skeptical Polynesian mother, is determined to solve this case, made more difficult as all the victims have skeletons in their closets.

In the process, Leila's romantic involvement with Seymour, in spite of her conservative upbringing and the fact he still pines for his soon-to-be ex-wife, complicates matters.

What sets this series apart--aside from the lush setting of Maui and its distinct areas that are prominent in the book such as Wailuku, Lahaina, Kihei and Napili--are the colorful, main characters themselves as they painstakingly go through the process of stopping a killer, with everyone a suspect.

The highest form of flattery comes from one's peers.

Quotes on MURDER IN MAUI from some of the bestselling, award winning mystery and thriller writers in the business:

MURDER IN MAUI, R. Barri Flowers' debut Leila Kahana mystery, is even hotter than its exotic Hawaiian setting. This is a police procedure of the highest order, mixing equal parts Sue Grafton and Jeffrey Deaver with a sprinkling of Patricia Cornwall at her best Sure to make both Kahana and Flowers household names, MURDER IN MAUI is Hawaii 5-0 sharpened to a dark edge beneath the brilliant sunshine." -- Jon Land, Author of STRONG JUSTICE and STRONG ENOUGH TO DIE


"MURDER IN MAUI by R. Barri Flowers is a masterful thriller set in the dark underbelly of Maui, with lots of fine action, down and dirty characters, and the vivid details of police procedure one would expect from an author who is also a top criminologist. This is a gripping novel in what promises to be a outstanding series, featuring a truly unforgettable detective in the character of Leila Kahana. A terrific read!" -- Douglas Preston, Co-creator of the Bestselling PENDERGAST series of novels.


"MURDER IN MAUI is a gripping and tightly woven tale you won't want to put down. Author Flowers neatly contrasts the natural beauty of a tropical paradise with the ugliness of murder and its aftermath. Treat yourself to a vacation in Hawaii. You'll want to return again and again." -- John Lutz, Edgar Winner and Bestselling Author of MISTER X and NIGHT VICTIMS


“A combination of grit, action, and incredibly realistic police procedure. That’s the recipe that keeps me turning pages until the sun comes up. Author R. Barri Flowers dug deep into his extensive background as a criminologist to plot MURDER IN MAUI, a tale so genuine that even I was tempted to call for backup a couple of times.” -- Lee Lofland, Former detective, Author of POLICE PROCEDURE AND INVESTIGATION, and founder of the Writers’ Police Academy.


"Flowers delivers the goods. An exotic setting, winning characters, and realistic procedural details make MURDER IN MAUI a sure hit with crime-fiction readers." -- Bill Crider, Edgar Award Winner and Bestselling Author of MURDER IN THE AIR and MURDER IN FOUR PARTS


"MURDER IN MAUI is a terrific. Gripping writing, wonderfully rounded characters you really care about, and vivid locations - this novel is a real and rare treat." -- Peter James, Internationally Bestselling Author of DEAD SIMPLE and DEAD LIKE YOU


“From one of the best true crime writers around, R. Barri Flowers now has combined his impressive criminology credentials and literary talents to create Maui homicide detective Leila Kahana, a fascinating and complex heroine. A page turner. Fans of CSI and Hawaii 5-0 will love this one and scream for more!” -- Deborah Shlian, Award-Winning Co-author of DOUBLE ILLUSION, and DEVIL WIND.


MURDER IN MAUI by R. Barri Flowers is a page-turning mystery featuring the debut of a fascinating character, Detective Leila Kahana. Leila is smart, funny, talented and on top of her game as a detective and police sketch artist after seven years in the Criminal Investigative Division of the Maui Police Department. Someone is destroying the beautiful paradise by killing doctors, the very people who try to save lives. Flowers weaves in the professional and private lives of the detectives in the CID as they go about their business of catching a killer. The ending definitely has me saying, “More please, Mr. Flowers.” -- Jan Grape, Anthony & McCavity winner and author of WHAT DOESN’T KILL YOU and Co-editor of MURDER PAST, MURDER PRESENT.

"MURDER IN MAUI launches a series detective in a beautiful setting with a thoroughly puzzling mystery to solve. If you love Hawaii or a good head-scratching mystery, you'll enjoy this book. Very entertaining." -- William Berhardt, Bestselling Author of CAPITOL BETRAYAL and CAPITOL OFFENSE


"R. Barri Flowers writes with the passion and knowledge of someone who truly knows his craft. MURDER IN MAUI is a steamy, non-stop thrill-ride through the seamy underbelly of Hawaii." -- Allison Leotta, Federal Sex Crimes Prosecutor and Author of Thriller, LAW OF ATTRACTION


"MURDER IN MAUI by R. Barri Flowers starts with a bang--literally--and drops you right into the deep end of murder. A by-the-book mystery that keeps the suspense taut and edgy." -- Joe Moore, International Bestselling Co-Author of THE 731 LEGACY.


MURDER IN MAUI: A Leila Kahana Mystery eBook in Kindle and Nook!