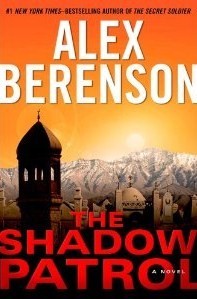 John Wells, CIA problem solver is asked to travel to Kabul to get answers.

He knows the language and territory. He poses as a Saudi and goes to a Taliban tribe active in the area. His goal is to meet with the leader and see if there is a mole.

The author has written a suspenseful novel as we follow Wells, wondering if he will succeed and stop the mole before that person can do any more damage. He also works on finding if there are Americans dealing drugs and tries to get honest American soldiers to help him.