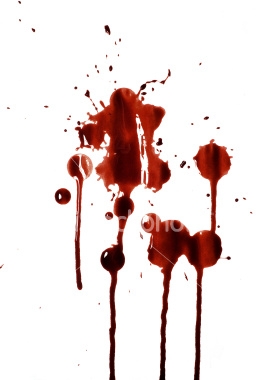 About Me:
I write crime/mystery stories at a Yahoo group.

Books And Authors I Like:
You name it I probably like it and maybe own it as long as it's mystery, police procedural or fantasy. I also have a small collection of forensics research books in my library.

“I never would have thought he was the one,” Preston said when Cary finished telling him what had happened.

“I know, and it was all my fault. If I had loved him the way I should have…” He heaved a deep sigh of remorse.

“That’s not true,” Preston said adamantly, easing his hand out to take Cary’s which lay on the pristine white hospital sheet. It had been two days since he’d been shot and he was doing better than even his doctor had predicted. He still felt like a… Continue

“I saw her name in the paper.”

“No Hugh, there was nothing in the paper about the shooting other than a small item saying an unidentified man had been attacked in the park.” Cary took a step back, staring at him.

“You’re right, I saw that and…and remembered she was the one who called you last night to tell you about it. I just assumed she’d been with him.”

“Hugh, I never mentioned who it was who called. I told you a friend of mine had been hurt was all and asked… Continue

Late morning slid into afternoon and then evening as Cary sat beside Preston’s bed waiting for him to wake. Every time he’d ask Tabitha when that would happen she’d reply, “When he’s ready and not before,” which did nothing to relieve his impatience.

As night fell Cary stood and stretched, going to the window to look out over the city, rapping his fingers on the pane until Tabitha told him in no uncertain terms that if he didn’t stop she was going to kick him out. He was about to… Continue

By the time they’d finished talking both Tabitha and Cary were exhausted. She offered him the sofa so that he wouldn’t have to make the drive home and possibly fall asleep at the wheel, or though she didn’t say it to him, get into a fight with Hugh because he was coming home so late.

Cary had accepted gratefully, telling her to wake him when she got up and he’d drive her to the hospital. As it was the weekend he didn’t have to go into work so he planned on spending the whole day… Continue

Beth Groundwater said…
Hi Edith,
Thanks for befriending this mystery author on Crimespace!