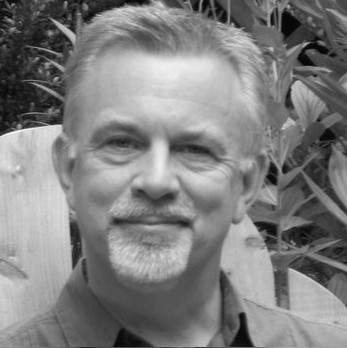 About Me:
I'm a mystery writer. My first series mystery, BILLY BOYLE, came out in September 2006 from Soho Press. It's set during World War II and features a military investigator, named oddly enough, Billy Boyle. The second title came out in 2007 - THE FIRST WAVE. the third, BLOOD ALONE, came out in 2008. The 2009 title is EVIL FOR EVIL. I always wanted to write, and now I only wish I'd started sooner.

Books And Authors I Like:
Fiction is great, but I focus on books about writing, or research.
THE SEVEN BASIC PLOTS by Christopher Booker.
13 WAYS OF LOOKING AT THE NOVEL by Jane Smiley.
WRITING FICTION by Jane Burroway.

Movies And TV Shows I Like:
NCIS, Foyle's War, Mythbusters, Andy Griffith (black and white only).
Hey, after a long day of work and an evening writing, a guy's gotta relax.

Take a young Irish cop. Turn him into a lieutenant on Eisenhower's personal staff—one charged with being "Ike's investigator." Set him ashore on the coast of French North Africa along with the first wave of invading American troops. And watch the mayhem, mystery, and murder that are bound to follow. Corrupt Vichy French officers steal a shipment of American penicillin, killing a supply sergeant in the process. Benn follows up his first World War II mystery (Billy Boyle) with another danger-filled episode and delivers a cross-genre tale that is at once spy story, soldier story, and hard-Boyled detective. Bullets, babes, and bombs give Billy Boyle a bad time before he solves the case, but you'll have a good time reading about it. Highly recommended for all mystery collections.—Ken St. Andre, Phoenix P.L.

James R. Benn said…
Anyone in the Connecticut area is invited to the Book Launch Party for BLOOD ALONE, the newest Billy Boyle WWII Mystery:

Sarah M. Chen said…
Hi James. I recognize your name and your books from my job at The Mystery Bookstore in Westwood. Very catchy covers btw. I see you plan on attending your first Bouchercon this year. I'm contemplating attending my first too. I attended Crimebake last year and hoped to go again this year but alas! I can't attend both due to $.

Donna Carrick said…
Great space, Jim! And this is one of my favourite renditions of "Somewhere Over the Rainbow" -- hubby and I listen to it often.
Best in writing!
Donna Carrick www.donnacarrick.com

Karen J. Laubenstein said…
Ah - and what, may I ask, do they serve at a New England Crime Bake? And... where?

Ann C. Theis said…
In his younger years he looked more like Gomez Adams than Cleese. He is flattered by the Cleese comparison and has moved the first Billy Boyle book closer to the top of his tbr pile.

James R. Benn said…
Thanks! I haven't even seen it yet; out here in the boondocks we have to wait until Sunday!
Lead? Wow!

Lyn LeJeune said…
You had your books published and you have a day job? Kudos and to the Library Journal starred review. Speaking of libraries . . .
My book, The Beatitudes, is a paranormal thriller set in New Orleans. It will be out in the fall and I am donating all royalties directly to the New Orleans Public Library Foundation. Libraries support the infrastructure of a great city, so I have started The Beatitudes Network to promote awareness of the importance of public libraries in NOLA.
The blogsite www.beatitudesinneworleans.blogspot.com describes the Network, has excerpts from The Beatitudes, recipes, and more. Merci mille fois. Lyn Lejeune.