Their politics might be spinning wheels, but Palestinians are revving engines on the race track.
NABLUS, West Bank — For a change, the Palestinians gathered on the main street of Nablus were happy to be going around in circles.
Palestinian politics makes a lot of noise, only to end up spinning its wheels, moving no closer to statehood or peace. But the same combination on the race track is attracting growing attention for the…
Continue

Don't stand between readers and a book discount

You might get run over. The Kindle version of my psychological thriller, Crack-Up, has been on sale for a while now at just 99 cents, but now Amazon has decided on its own to discount it further to 79 cents, and that little discount more than doubled sales today. Who'd of thunk?
Crack-Up has now sold over 3,000 copies all told, mostly at $1.99. But it'll be going to $2.99 at the end of the month to take advantage of Amazon's new royalty scheme. Books priced between $2.99…
Continue

The Premiere Issue of Dark Valentine Magazine is here! 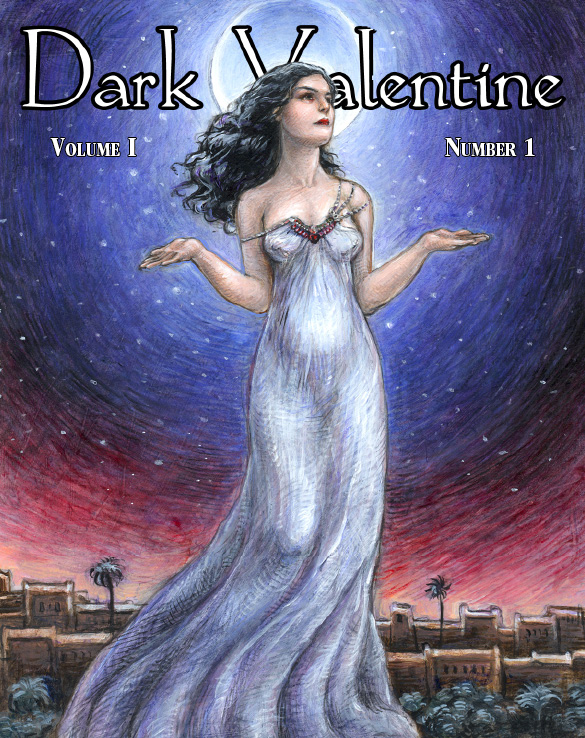 So here it is, the day that it all comes fruition. Here is a new venue for dark fiction, a new publication that will change the way that you read magazines.

Agatha-nominated Elizabeth Zelvin kicks things off with "The Silkie." Chad Rohrbacher brings us into a robotic near future with "Furious." Sandra Seamans offers up…
Continue


Noir is a genre describing films and books that revolve around cynical characters in corrupt situations. Most famous are the detective films from the 1940’s; the tough guy cop, fallen hero, and dame…

I knew the 1961 movie A Raisin in the Sun – starred Sidney Poitier – but I didn’t know until I read Poitier’s autobiography that there first had been a play and that he had starred in its 1959 Broadway production . . . that the play had been written by Lorraine Hansberry, a young black woman who had grown up in Chicago.

A decade ago, I was teaching a high school-level plays as literature course. I… Continue

A no-nonsense assassin at the top of his game, The Raven is a highly
effective "problem solver" whose methods and results are beyond question. So,
with the end of World War II long since passed and an infamous war criminal
still… Continue

Plotting has now begun for the next Inspector Horton crime novel

Rowland Sinclair is an artist and a gentleman. In Australia's 1930's, the Sinclair name is respectable and influential, yet Rowland has a talent for scandal.

Even with thousands of unemployed lining the streets, Rowland's sheltered world is one of exorbitant wealth, culture and impeccable… Continue

Gwendolyn Brooks came from as humble a circumstance as one can get.

She was born in Topeka, Kansas, in 1917, her father a janitor, his father a runaway slave who fought in the Civil War.

The family moved to Chicago when Brooks was six weeks old. Chicago would be home to her from that time until her death in 2000.

Poetry was in Brooks. A children’s magazine published her first poem when she was all of 13. By 16, she had 75… Continue

Save me, Middle Eastern ladies, from the nightmare of the World Cup

The women of the Middle East are about to save me from the greatest banality known to man. I’m counting on them to care as little about the the World Cup as I do and to keep me entertained until men can once again talk about something other than the groin of volatile England player Wayne Rooney (it's strained and tender, apparently...).
Though I’ve long loved to play soccer, I scorn the watching of its endless buildup passes, the constant disappointment of a…
Continue

Knitting Up the Ravel'd Sleeve of Care

It is stating the obvious to write that Shakespeare was a genius, but every once in a while, that fact is brought home to me with such clarity that I have to do it. As writers, we know about themes and how they enrich a story. In MACBETH, the theme of sleep is handled brilliantly.

At the outset, Macbeths have no idea that murder sticks with a person. They think (although he is less convinced of it than she is) that once the king is dead, everything will be fine. But once it is done,…

The principal cast for the filming of my book, The Kult have now been chosen, and filming begins in late September: http://gharialproductions.com/news/principal-cast-for-the-kult-announced/

Anyone who wants to check the book out can purchase either the print version from Amazon etc: http://www.shaunjeffrey.com/The%20Kult.html, or a…

Meet Me Saturday at the Washington Writers Conference

Saturday I will be part of another panel of authors, but this time the audience will be entirely made up of other writers. We'll be at the Washington Writers Conference, put on annually by the American Independent Writers. This year's program offers agent meetings, a fine luncheon and a number of interesting and valuable panel…

St. Petersburg in the Nineteenth Century: Welcome to the Crime World of R.N. Morris at SCENE OF THE CRIME

R.N. Morris is the author of the historical crime series featuring detective Porfiry Petrovich from Dostoevsky’s Crime and…

MASADA, Israel — A parade of bejeweled camels, elaborately costumed warriors and prancing horses crossed the stage. Jerusalem had fallen to a conqueror from the east. The high priest predicted disaster and the wrath of a vengeful deity. Three hours later, with searchlights flitting across the rugged face of this ancient fortress, the Jews were freed, the conqueror stood in awe of the God of the Jews, and, oh yes, a fat lady sang.

Wake Up Dead: Interview with a Killer

While I was researching WAKE UP DEAD, I met a man who had spent 30 years in prison in Cape Town, South Africa, and had become a general in one of the feared Number Gangs. I based WAKE UP DEAD's psychopathic Piper on some of what he told me. Recently he allowed me to shoot an interview with him. Much of what he decribes -- including a brutal prison murder -- has never been captured on video before.… 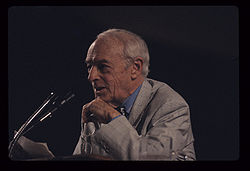 No question, Saul Bellow deserves to be in the Chicago Literary Hall of Fame.