I had a bit of a scare this morning. I checked my blog as usual found a comment on my "Origin of the Grim Reaper" bloggery from someone named Robert Weniger, who said: You Plagiarist. I posted the exact words and you copy/pasted it from my website.

I love Wordpress and all the statistics and information one gets! Besides email addresses from commenters, wordpress… Continue

I read the first chapter of the book I’m revising last night. (I have a strict and probably over-complicated regimen for edits such as this that I might describe some day, if I think it won’t make me look too geeky.) Tonight I’ll edit what I read last night.

My writing style has changed a lot. The previous book and the WIP are multi-POV stories that needed a much different voice… Continue

Presumably typing "The End" for a new novel spells exhilaration for authors. Frankly, it's never done this for me (just as I've never thrilled to holding one of my books). Invariably, there are so many things left to do before the book goes in the mail. In my case, there a few loose ends to check, a historical note to write, a neat quote to find, a map to draw. None of these pleases me. They are chores. So I'm depressed.
I'm even more depressed by the thought that this book may never see… Continue

I have a psychologist friend who claims it's impossible for one generation to understand another to any great extent. Being raised in different times means we just don't react to things the same way. We've all seen the lists that chart those differences: events and objects that mean a great deal to fifty-somethings (phonographs, first man on the moon) that twenty-somethings think of as ancient history.

For the historical writer, that adds another layer of problems. Not only to do we… Continue

I’ll start my Halloween celebration Saturday afternoon at a book signing in Borders Books. It will begin at 2 pm at the store is at 1201 S Hayes St, Arlington, VA. I’m thinking of doing the signing dressed as Hannibal Jones. Or maybe a Hawaiian hula hula boy. Come by the store and see. 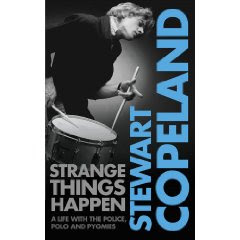 Strange Things Happen: A Life with The Police, Polo and Pygmies
By Stewart Copeland
Publisher UK: The Friday Project US: HarperStudio

Just because I write crime fiction doesn’t make me obsessed by The Police. However, this new memoir by The Police drummer is absolutely the most… Continue

I'll be talking about my Palestinian crime novels in Jerusalem on Monday, Nov. 16 at 10 a.m. The location is Beit Frankforter, 80 Bethlehem Road, in Baka. So call in sick (if you still have a job) and come along.

The Fall of Augustus is published!

This is the second book set in a creepy fourth floor attic museum (very similar to one where I used to work) right in the middle of a move to a new building. Lisa Donahue becomes Director of the museum after a falling statue crushes her boss, Victor Fitzgerald. Suddenly she's juggling demands from architects and deans while trying to mount an exhibit, find a murderer, and figure out why her stepson hates school.

Yet another report accuses Israel of human rights abuses, this time for denying Palestinians water. By Matt Beynon Rees - GlobalPost

JERUSALEM — Human-rights reports condemning Israel’s dealings with the Palestinians have become so frequent of late they’re like the dripping of Chinese water torture.

In the last few… Continue

How Does That Happen?

I know not what path others may take, but as for me, it's the same path, over and over. As I write, I leave big holes, but as I edit, again and again, they fill themselves in almost as a matter of course. As big problems are solved, smaller ones come to light and get their turn for my full attention. It's the fourth time through that I see a tiny event that deepens the bad girl's motivation and makes her more realistic. On the sixth time it might be an incident that, added to the main plot,… Continue

This is where it gets ugly.

Last week I zapped off the manuscript of my new novel to my agent in New York. My wife told me to get working on the next book. It’s not because she’s worried about me slacking off and failing to pay the rent. No, it’s because she knows what happens when I’m not writing.

Ever read “The Strange Case of Dr Jekyll and Mr Hyde”? When I’m writing, I’m Dr Jekyll. All my unloveable urges are intellectualized and subsumed to a pleasure in the creative… Continue

I did not come up with that great title for this bloggery, my host today, L.V. Gaudet, did. (Since you are all familiar with the title of my new book, Daughter Am I, I know you get the gist.) I'm hoping everyone goes to pay L.V. a visit. She says such wonderful things about me, that I want everyone to know! And, oh, yes -- she's also posted an article of mine in which I say that it does not matter how long it takes you to write a novel or how many words you write each day. All that… Continue

A Milestone, of Sorts

I finished the first draft of the work-in-progress last night. Took me almost three times as long as usual. I’m not sure if that’s good or bad. There were a lot of plotting issues, including a misguided attempt to write this one by the seat of my pants. I won’t soon try that again. I have great regard for writers who can do that well, which includes most of my favorites, but I’m just not… Continue

Crime writers in the UK in particular will be pleased to learn that The Times has linked with CrimeFest for 2010 to provide media coverage. The increased publicity this will bring for the genre is to be welcomed. The Times will also be covering the Crime Writers Association (CWA) Dagger awards, which includes the CWA Dagger in the Library, which yours truly was delighted to be long listed for in 2008.

Just in time for Halloween, the story "My Old Haunts" is up at Thrillers, Killers and Chillers.

A big thanks to Col Bury and company for posting it.

Luminarites, (the Other Side of Functionaries)

Okay, so I was really disgusted yesterday with the type of person who makes life harder. Then, in bookstore visits, I met the opposite type...twice!

Two bookstores, two lovely people. One has been in the business for 22 years and loves putting people together with books they love (and the authors who write them--YAY!) The other is much younger, so she hasn't put in the time, but she went out of her way to make me feel that I was not a hat-in-hand requester of their patronage but a… Continue

It's the case that could make DS Alex Morrow's career, it would make any cop salivate. A home invaded in the dead of night, deep in the heart of the cosy suburbs, a hard working family at the heart of it and a vulnerable old man taken hostage. It's high profile: a black-and-white case and it shouldn't be too hard… Continue 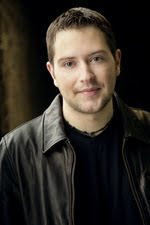 By now it’s no secret that the Iraq War has been a disillusioning experience for many of the U.S. servicemen sent there. The literature on the war has, so far, been mostly written by journalists. There’s plenty of it, and like most journalism it runs pretty mainstream and inoffensive, no matter how bloody the scenes depicted. But… Continue

What Hooks a Reader

Though it is actually night here, it's still day ten of my Daughter Am I blog tour.

The reference to night and day reminds me of one of those standardized tests I took when I was in second grade. The question was, "How many hours are in a day?" I knew, of course, that there were twenty-four hours in a day's span, but for some reason, I took the question to mean day as opposed to night. I knew that there were… Continue