My cozy mystery, Murder at Blue Falls, is available for free as a Kindle e-book today, Halloween, Oct 31, 2012. Hope you will help my ranking numbers and download it. http://dld.bz/kindlemurderatbluefalls

Come and join the reading party! Please pass the word. Thank you for taking a chance on my free e-book.

Lene Kaaberol and Agnete Friss's first Nina Borg book - The Boy in the Suitcase -  was a New York Times bestseller. I've been eagerly waiting for the second book - Invisible Murder - from this Danish writing…

Mindfulness and Murder by Nick Wilgus, the fourth Crime Wave Press title, is out now!!!

hen a homeless boy living at the youth shelter run by a Buddhist monastery turns up dead, the abbot recruits Father Ananda, a monk and former police officer, to find out why. He discovers that all is not well at this urban monastery in the heart of Bangkok. Together with his dogged assistant, an orphaned boy named Jak, Father Ananda uncovers a startling series of clues that…

Tales of the Twinkling Twilight

My show, TALES OF THE TWINKLING TWILIGHT, starts previews tomorrow and will run through November at Raven Theatre in Chicago.

TALES OF THE TWINKLING TWILIGHT is a collection of 10 Short Plays about spacemen, werewolves, outlaws and angels that inhabit a world that dances in the absurd, the surreal and the just plain silly.  They want what we all want: human connection, love, acceptance and some…

Detective Fiction: The Devil is in the Details

Ever since Edgar Allan Poe wrote "The Murders in the Rue Morgue" in 1841, starting a new trend in fiction, countless readers have enjoyed stories of unsolved crime. From Sir Arthur Conan Doyle to contemporary authors such as Cormac McCarthy and Walter Mosley, detective, or crime fiction, has evolved in technique and style, but can it truly be labeled a genre?

Northrop Frye explained the difficulty of defining genres. He claimed that "the basis of generic distinctions in…

In this short video I'm talking to Tony Smith of Angel Radio about the forthcoming CSI Portsmouth event being held on Saturday 3 November at the John Pounds Centre, Queens Street, Portsmouth UK.

This video appears on my You Tube Channel where you can also find lots of other videos and interviews with me discussing my crime novels and my writing and giving tips and techniques.…

Time spent with the Anne Arundel County Public Library annual Staff Day was a high point of my year. Nothing could top giving a well-received speech to 240 lovers of the written word, but signing almost a book a minute during the half-hour break after my talk came very close. Several of them stayed for a writing workshop after lunch, and that was kinda fun too!

Another 5-Star Review of The Troubleshooter!

Avid Reader posted this 5-star review for The Troubleshooter on Amazon: “I really enjoyed this book and look forward to reading the other books when I have a chance to purchase them.”…

I like Westerns that are really just updated stories of knights or samurais. A lot of the old Spaghetti Westerns were those kinds of stories. Clint Eastwood’s man with no name in A Fist Full of Dollars was such a hero. He rides into town in the first act to see injustice, and by the end, he has vanquished the evil. I’m not giving anything away here. Everyone knows it’s going to happen. So many of those cowboys riding about in fiction are really just knights, and I love…

New issue of Kings River Life is up and filled with mystery fun! We have some Sherlock Holmes trivia from Kathleen Kaska & a chance to win a copy of her Sherlock Holmes Trivia book http://kingsriverlife.com/10/27/rat-tales-spottys-retirement/

We also have a review of Marja McGraw's mystery novel "Bogey's Ace In The Hole", a guest post by Marja on how she came up with this character who resembles Humphrey…

Fellow crime writer Morgan Mandel posted a review on Amazon.com praising Collateral Damage, focused primarily on the protagonist, Hannibal Jones, who she found to be both powerful and compassionate. Because she so clearly stated all the things that she thinks make a hero great, I’ve posted her words as the featured review on my web site. Check it out! http://www.ascamacho.com 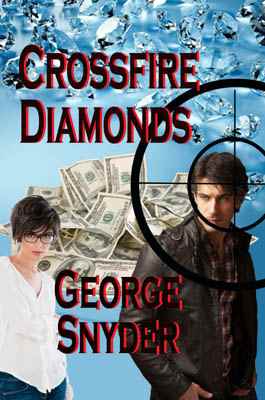 I had a wonderful time at the Black Authors & Readers Rock Weekend, put on by the Reading Divas book club. A highlight was being on a panel with NY Times Bestseller Mary Monroe, but there were too many others to recount. Friday’s reception. Powerful readings. A great lunch. A hundred avid readers and a few authors doing The Wooble. Don’t take my word for it. The event was covered very well in an article in The Examiner. …

Last Call for the Living

I'm back in the gutter again, this time I'm reviewing a back woods ballet of blood and bullets from Peter Farris.