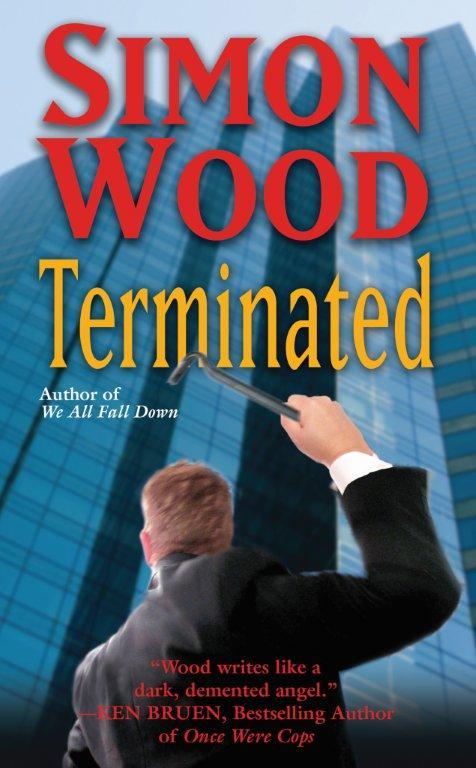 This is the cover for Terminated. The book is still on schedule for a June 1st release and I'm looking forward to see what everyone thinks. It's quite a tale. :-) 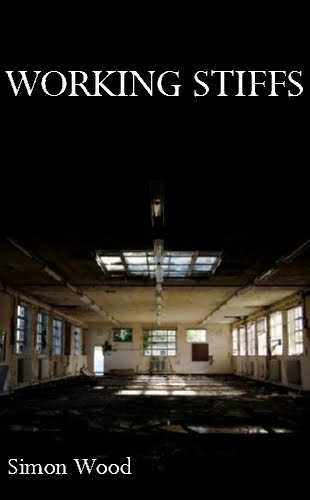 My short story collection, Working Stiffs, is now available for the Kindle and from Smashwords for other E-readers. Check it out and it's new cover art. I've been flying below the radar for a while. I've had my head down working and the result is a new book. DISGRUNTLED will be my next thriller and it will be hitting bookshelves next April.

Also, I've resurrected one of my old titles, DRAGGED INTO DARKNESS, which has been out of print since 2004. It was my first short story collection and it contains some of my favorite short stories. The book has been hard to find even secondhand, although someone is… Continue

I was on Sacramento and Co. It's a morning show on ABC News 10. They talked to me about my books and being dyslexic. You can see the interview here. Enjoy!

The clip appears courtesy of Sacramento and Co at News 10 (ABC).

We All Fall Down Hits Bookshelves Today!

My latest thriller, We All Fall Down, officially goes on sale today. It should be filtering its way into stores across the nation as we speak. Yay! Most of my books are based on real life and this one is no different. You can read all about the story behind the story here over at my publisher's website. You can also read an exerpt from the book… Continue

On April 18th, I’m being made an author laureate of San Francisco Public Library along with some of SF's other crime writers including Cornelia Read, Eddie Muller and David Corbett to name just a few.

I’m not sure what this award means, but I’m hoping I’m getting free parking within city limits for life. :-) I have a double-whammy to announce. I'm super excited to announce that Dorchester Publishing has acquired WE ALL FALL DOWN and will be released next July. An excerpt will be appearing in the back of PAYING THE PIPER when it comes out in November.

My other book deal is a little off the beaten track for me. I'm writing a humorous self-help book for Adams Media. Adams approached me after reading some of my essays and thought I was the kiddie for their project.

So I'm a busy for… Continue

A New Book And A New Identity

I'm happy to announce that Bad Moon Books will be publishing my horror novella, THE SCRUBS. It will be available in limited edition paperback and a collector's edition hardback.
THE SCRUBS takes place in a fictionalized version of the real life prison of Wormwood Scrubs in London. It's…
Continue

I passed my citizenship exam today and completed all paperwork, so I got clearance for my citizenship. The swearing in is next month.

I received the cover artwork for my next book, Paying the Piper, so here it is:

I would like to make one thing clear. No teddy bears were harmed in the making of this cover. I would never that. A stunt bear was used.

I got my call-up papers for my citizenship application, after much delay. So I'm now cramming for the civics exam. June 12th I'll either be a new American or on my way back home.

Fast on the heels of my current book is the next, Paying the Piper. It's finished and the publishing elves are now working on it to get it ready for November. But you don't have to wait until November to start reading it. Dorchester has inserted excerpts in a number of their upcoming titles. You can find them in:

Ah, the air smells fresher. Colors are more vibrant. Everything is good with the world and I am happy.

The reason for my good spirits is that I completed my next book, Paying the Piper, and turned it in on deadline. Dorchester has it and they’re happy and we’re holding hands as we walk into the sunset.

I like completing a book, because I can be me again. As the deadline looms, I start to…