Paul D. Brazill has become a very popular guy this summer. Today, Weds. August 17th I am going to be handing my blog over to the man’s work to highlight it. He has penned the “Drunk on the Moon” series that has just been on fire since the first installment and has not let up at all. Now he has put out a little something he calls “Brit Grit”, a group of short stories. Both words in the title are very appropriate. The wording has a decidedly British feel and it does contain that moxie, steel and mojo that the Brits are famous for, a very powerful combination in the hands of Mr. Brazill. Personally I enjoyed both the substance and form that was shown in the stories. Is it terse, is it a bit over the top, is it a little too much of everything? Yes, Yes, and Yes, but all in good ways. I couldn’t help but smile, chuckle and shake my head all throughout the read. To evoke as many different emotions as he did, in such a short time frame, just amazes me and makes his lore that much more. “He did have to say that didn’t he?” Grab this; it is just $.99, and will return to you way more than that in laughs, fun, head shakes and smiles.

He is the creator of the horror/noir series, Drunk on the Moon, published by Trestle Press.” 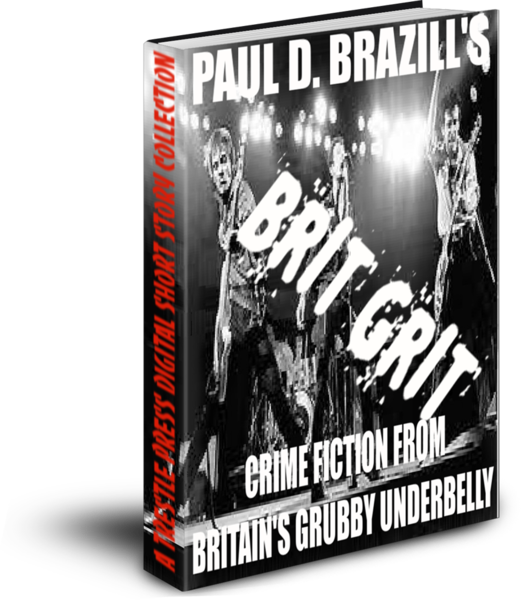