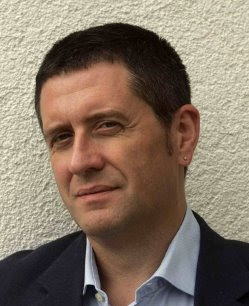 Political writing at its best highlights the unexpected changes in parts of our world that are hidden to us. That’s true of writing about the corridors of power in our own capital cities, but it’s even more of a factor for a writer like Adam Lebor whose work – fiction and nonfiction – has captured the dynamism and double-dealing of Central Europe, in particular. Because I live in the Middle East while he lives in Budapest, Lebor first came to my attention with his wonderful “biography” of Jaffa, the ancient port city on the Mediterranean coast, “City of Oranges: Arabs and Jews in Jaffa.” It was a masterful stroke to profile this town, rather than Jerusalem or even Tel Aviv, which tend to attract the attention of writers more readily than a historic city that’s now a slum filling with liberal yuppies. It shouldn’t have surprised me, then, that Lebor’s new novel The Budapest Protocol, which I reviewed recently, would take an issue that many think of as boring and bureaucratic – the expansion of the European Union – and make it immediate and vital, linking it to the demons of Europe’s past through Nazism and genocide. The novel is firmly in the tradition of great British writers like Eric Ambler, Graham Greene, and John LeCarre. Like them, Lebor knows that Central Europe’s cultured side comes with an accompanying harshness that makes for great drama.

Fiction, however, was a very different story. I first started writing the book that would become The Budapest Protocol in Paris in the winter of 1997. It was rejected by numerous publishers before I finally found one, Reportage Press, that would actually spend the time to tell me how to fix it. I always knew I needed the attention of a good editor, but apparently most publishers nowadays expect a perfectly formed novel to land on their desks, which is ridiculous.

A search on amazon.co.uk for ‘writing a novel’ brings up 20,625 results. Most of the authors of these books are not well know novelists, because successful novelists are writing novels, not books about how to. That said, I have found ‘The First Five Pages’, by Noah Lukeman, very useful. Lukeman is a well-known American agent, and the book is full of good advice, from a commercial viewpoint. I would recommend it for anyone who is serious about getting published. I also like ‘Writing A Novel’ by John Osborne, which is enjoyably cantankerous but full of good advice.

Breakfast with the Today programme on my Evoke internet radio, invaluable for keeping in touch when you live abroad - I am based in Budapest. Spend morning probably doing journalism or admin. Usually the muse arrives after lunch, and a good writing session will go from about 3pm to nine or ten at night. If it’s really flowing I will wake up in the morning with a plot solved or idea for a chapter plan that somehow my subconscious has sorted out while I am asleep and then I am straight back in the book.

The Budapest Protocol is a conspiracy thriller that was inspired by a real American intelligence document from 1944. The document, known as the Red House Report, is an account of a secret meeting of Nazi industrialists in the Maison Rouge hotel, Strasbourg, where they planned for the Fourth Reich, which would be an economic imperium not a military one. That was the inspiration - I then used my twenty years reporting experience in eastern Europe to work out how that might actually happen. There is also a love story with several sexy, difficult girls and atmospheric scene setting in present day Budapest.

How much of what you do is formula dictated by the genre within which you write?

Thrillers are to some extent quite formulaic. The hero needs inner conflict to drive his outer battle with larger sinister forces. He needs to face and overcome repeated obstacles, each time getting in more and more danger. The trick is use the formula to make the structure work while making the setting, atmosphere and narrative drive powerful enough. Alan Furst, the master, gave me some advice: “Start with a murder and make sure the boy gets the girl” which was very useful.

What’s your favorite sentence in all literature, and why?

“Heshel was watching him through the window of the car and smiled thinly as their eyes met. Here is the world, said the smile, and here we are in it.” A line from my favorite book, Dark Star, by Alan Furst. Dark Star is an espionage thriller set in late 1930s Europe. That sentence is subtle, telling, and somehow opens a world of the imagination.

What’s the best descriptive image in all literature?

It was a bright cold day in April and the clocks were striking thirteen.

David Ignatius, author of Body of Lies and The Increment. I would also add Stieg Larson, who sadly is not writing any more.

The Budapest Protocol did not demand any specific research as I have covered this region for twenty years. My non-fiction books, like ‘City of Oranges: Arabs and Jews in Jaffa’ about Jewish and Arab families in the ancient port demanded many weeks of research, hours of interviews and gaining the trust of the families.

Where’d you get the idea for your main character?

The fact that he is a foreign correspondent, who lives in Budapest, who is obsessed with sinister conspiracies and who is entangled with beguiling but unsuitable women and whose first name is four letters beginning with ‘A’ is entirely coincidental.

Fine. I have been translated into eight languages, but I don’t really check what they have done to the book, even in languages I know.

Now, yes. But that is combined with journalism for big papers like The Times, Economist etc. I think it would be very difficult just to live off books, and I like the change of pace with journalism. I value my connection with The Times, it opens doors and my assignments give me ideas for books and characters.

I suppose it’s probably not that strange and happens to other authors but I was amazed that after two sell out events at the Edinburgh book festival with about 180 people in the room I only sold a handful of books. Why pay eight pounds to watch the author when you can buy the book for that?

I cannot reveal that as it’s such a good idea it may yet hit the shelves one day!