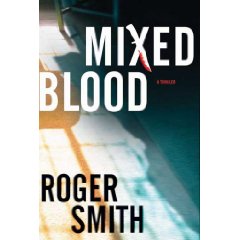 "Smith plays out . . . that chilling sense of inevitability that is at the heart of the best noir. Like George Pelecanos, [he] captures lives trapped by poverty and prejudice without sentimentalizing those lives or downplaying the havoc they can produce. A fine debut." Bill Ott, Booklist

"Smith offers a gritty tale of corruption and vengeance set in South Africa in his absorbing debut. His taut prose bodes well for future thrillers from his pen." Publishers Weekly

"Smith does an outstanding job of bringing Cape Town to life, taking us through the twists and turns of the local criminal world and the confusing labyrinth of racial identity in post-apartheid South Africa. . . . fascinating and vividly conjured." Kirkus Reviews

An American, hiding out in Cape Town after being blackmailed into a bank heist back home, is building a new life for his pregnant wife and young son, when an incident of random violence sets him on a collision course with street gangs and a rogue cop who loves killing almost as much as he loves Jesus Christ.

Comment by roger smith on February 1, 2009 at 10:49am
Hi Michael -- thank you for the kind words. Mixed Blood will be on sale throughout North America at leading bookstores from March 03. Available for pre-order thought Amazon etc. Please visit my website www.rogersmithbooks.com for links and more info.

Congratulations on your book, and the great reviews. I will be in line to purchase a copy - when and where can I find it?