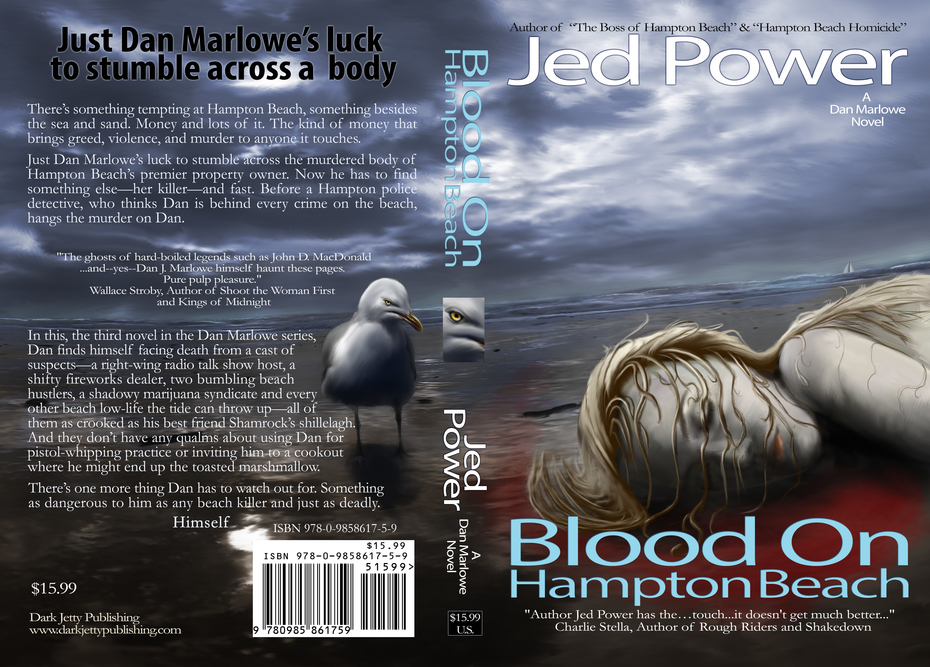 "Blood On Hampton Beach," the third crime novel in the Dan Marlowe/Hampton Beach series. It is now available in Trade Paper & e-versions everywhere. I'm working on the 4th in the series now.
I also have a completed crime novel, "The Combat Zone," about a PI who hangs his hat in 1970's Harvard Square and spends a lot of time in the Combat Zone, Boston's red-light district. I'm working on the second novel in that series now too. For that one I'm looking for a publisher who offers a nice advance or a good publicity push, or an agent who can find one. I'm offering a FINDER'S FEE.