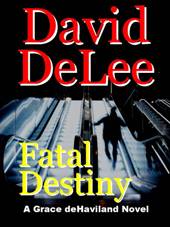 For bounty hunter Grace deHaviland, the job seemed simple. Track down Barry Keegan, a white collar defendant in a corporate embezzlement scandal who’d jumped bail. How hard could that be?
But the case turns deadly when Keegan’s co-defendant ends up murdered, and Grace’s best friend, sheriff’s deputy Suzie Jensen, is nearly killed.
Drawn into a web of deception involving stolen mob money, old scores, and ruthless hit men, Grace must track down the elusive Keegan—a man who is far more dangerous than anyone could have guessed—while she tries to protect his wife and son from a past they thought was long dead and buried.