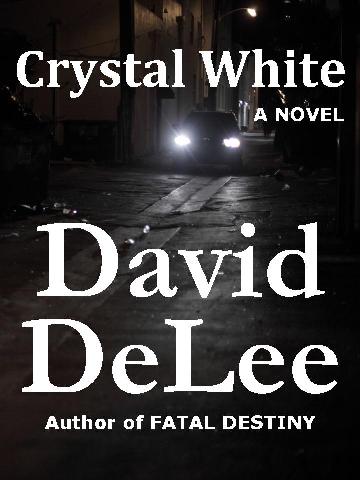 DEA agent Nick Lafferty leads the investigation to track down a new and deadly form of synthetic crack cocaine called Crystal White that has hit the streets of Southern California. But when everything he holds dear is suddenly ripped away from him—and the cartel kingpin responsible escapes—Nick Lafferty is left a broken man, a man with nothing left to life for.

On forced leave from his agency and not knowing if he’ll ever go back, Nick Lafferty returns to his hometown in the suburbs of New York to attend his father’s funeral. While there, he learns that the street poison he knew as Crystal White—whose production and distribution he stopped at an overwhelming personal cost—has begun to appear on the streets in cities and towns in lower Westchester County.

With nothing left to lose, Lafferty sets out to determine if the same person who destroyed his life is also responsible for this new wave of synthetic death. Aided by his ex-partner, Delmar Harley, an alcoholic cop on the edge, Lafferty is dogged by a beautiful assistant district attorney who believes Lafferty is a rogue agent, a danger to himself and the public at large.

Undeterred and driven by rage, Lafferty relentlessly embarks on a dark and vengeful journey of revenge, mounting a full-on assault against the Crystal White drug cartel. He will stop at nothing to make them pay—with their lives…or his.