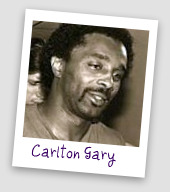 Carlton Gary was born in Columbus in 1952. His father abandoned him early on and he grew up with his mother who moved from place to place and sometimes with his aunt.

He was only 16 when he started his criminal career, stealing cars and breaking and entering. He was convicted of firebombing a store because he had a grudge against the store owner.

During this time Carlton got married and together with his wife he fled to Connecticut, from New London to Hartford and then Bridgeport. They had two kids. In Connecticut Carlton was once again arrested, this time for assaulting a police officer.

He and his family went to New York so he could start a music career and he got some jobs in different nightclubs.

A woman called Nellie Farmer was raped and murdered in 1970 and a short time after that another woman called Josephine Deitz was attacked by a black man who broke into her place. Carlton Gary was apprehended for this crime and he was to implicate a partner in crime called John Mitchell.

Gary testify against his partner and John was convicted but later had his conviction overturned on appeal.

Gary was freed from prison in 1975 and attacked yet another woman who survived the gruesome assault. There was no evidence linking Gary to the crime and the victim could not identify him but he was put back in jail anyway because of a parole violation.

He escaped to Columbus, Georgia.

This is when several elderly women were attacked and murdered. They were raped and strangled with a nylon stocking. The police arrested a suspect but when the murder occurred with the suspect in jail, everybody was aware that the killer who was now termed the Stocking strangler was still at large.

At one point Carlton nearly got caught but managed to run away from the police and murder another elderly woman, this time with Venetian-blind cord. When the detective on the case saw this, he burst into tears and was found to suffer from exhaustion.

In June of 1978 Carlton moved back to Florida where he robbed restaurants with a sawed off shotgun.

He was convicted of robbery and in 1984 he escaped and this time went back to Columbus, Georgia where he was born.

But now the police were on to him because his fingerprints were matched to those found in the home of a strangler victim.

On May 3, 1984 Carlton Gary was arrested and admitted to robbing some of the victim's homes but he claimed that another man did the rapes and murders.

In 1986 he went to trial for the Stocking stranglings, a whole nine years after the last killing. Carlton Gary had almost turned into a ghostlike figure impossible to catch and here he was, a human being, flesh and blood.

The jury convicted him on all nine counts of which he was charged and he was sentenced to death.

Carlton Gary has married in prison and adopted his wife's daughter. He passes time doing artwork until his appeals have been exhausted and the sentence will be carried out. He's been sitting there for more than twenty yrs now..

There's been quite a lot of talk about Carlton Gary possibly being innocent - if you're interested in that debate, search for his name on Youtube and you will find a few videos about that.

I know very little about the subject but I do wonder why a black person would kill elderly, white ladies. I thought serial killers mostly stuck to their own race? Just a thought.