Ex-detective Alexander Steele is the owner of a private upscale nightclub in Philly, but there’s a problem the retired private detective can’t seem to solve. People contiune bringing him new cases, life or death cases that he can’t refuse.


Check out what happens when Alex Steele steps out of retirement to take on drug lords in Alexander Steele and the Case of the Death Dealer by author Lawrence Johnson Sr.


Death Dealer is actually the second story in the series but the first short story.  The first novel is titled BLACKOUT which has just been released a few days ago. 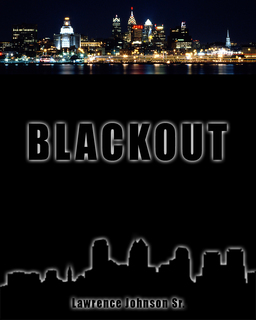 Available on Kindle,Nook,Smashbooks and Lulu


When an old friend from the neighborhood brings him a lost computer memory drive Steele is intrigued when he realizes that its contents has been encrypted. After learning that the owner of the memory drive was murdered under mysterious circumstances Alex Steele is reluctantly drawn out of retirement and into the most important case of his life.


From the snow cover streets of Montreal Canada to the tropical beaches in Nassau Steele follows the trail of clues and dead bodies as he inches closer to revealing the plot to bring down the entire United States government and it’s people. Steele has finally met his match when he encounters the brilliant madman known by the name Chameleon.