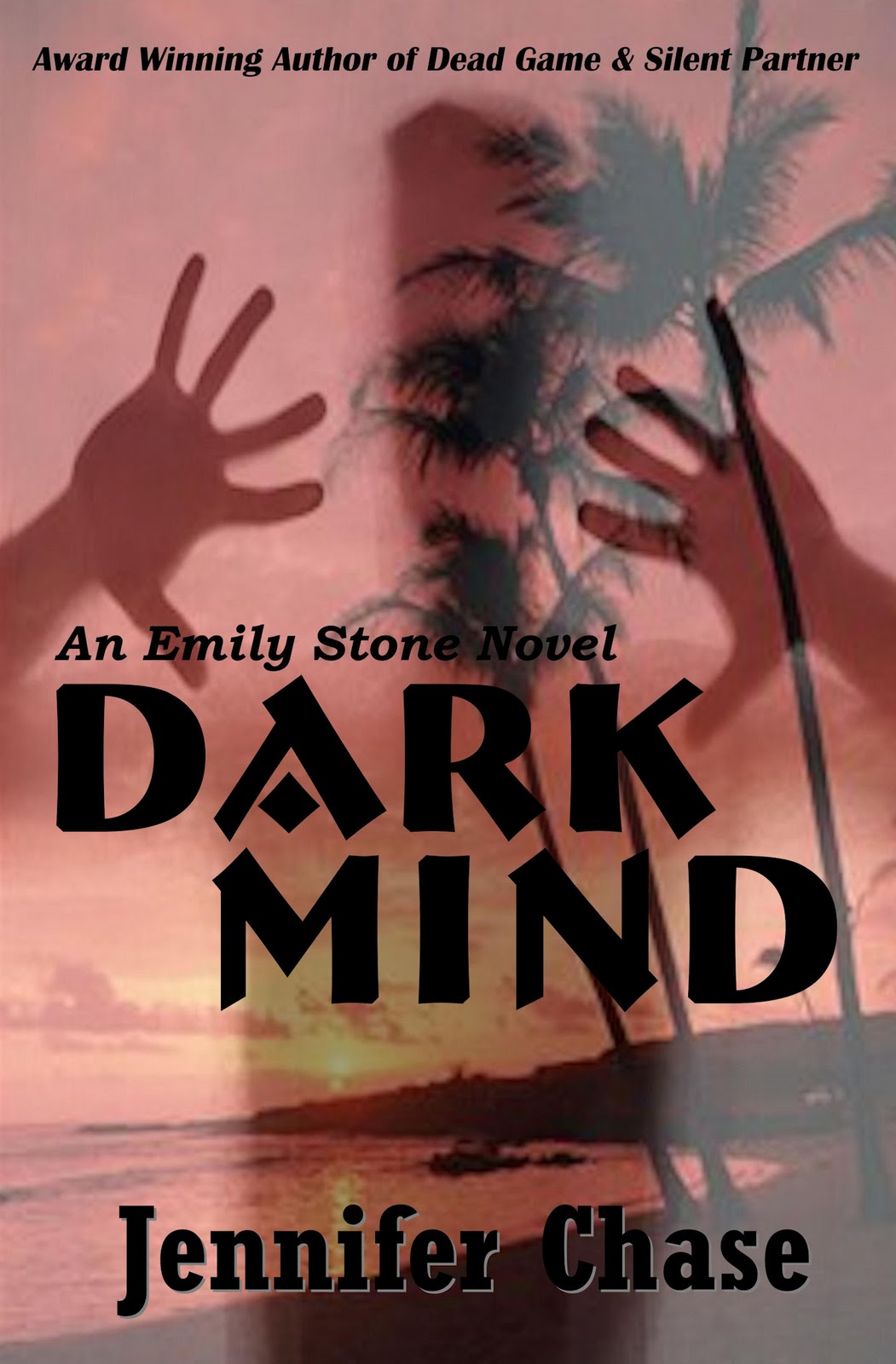 There's a rather blunt saying in my family that has served me well through the years. "Listen to people to who know what the hell they're talking about." In other words, authenticity gets you the best results.

Need medical advice? Ask a doctor. Car making a funny noise? Ask a mechanic. Want a competent, intelligent crime novel? Seek out an author with a background in criminology.

Jennifer Chase is just that author. She has the real-world degrees to back up her writing. I instantly became a fan after reading some of her posts over on CrimeSpace. She picks apart everything from traits of psychopaths to knowing when a crime scene is staged. I should be paying to read this stuff. She's a classroom unto herself.

When it comes to writing fiction, it's a sure bet Chase's background shines through. Dark Mind, the latest novel in her Emily Stone series, again demonstrates why Chase stands out in the crowded field of crime authors.

Dark Mind follows cops-turned-vigilantes Emily Stone and maybe-more-than-a-friend Rick to Hawaii. The novel explodes with action right from the start. Emily and Rick rescue an abducted girl from a disgusting lodge in the forest. In the process, they kick the crap out of some pedophiles.

Note to author Chase: As a reader, that is a satisfying way to start a novel. A child is saved from the hell of sex slavery and the bad guys get their faces kicked to a dent.

(Actually, Emily restrains herself from kicking one of the pedos in the face. Most crime authors would've had her do it. It shows the care Chase puts into her Emily character.)

Emily and Rick then have to deal with the other menace on the island: the lackadaisical police force. The two sides butt heads as it becomes apparent the abductions didn't end at that lodge.

The action is constant, yet Chase still weaves her criminology background into the tempo. You could write a police training manual off Emily's thoughts and choices alone. I felt like I learned something from Dark Mind, something I can't say about a lot of novels.

However, these bonuses come at a trade-off. The novel needed a keen edit to tighten things up. Many sentences stretched into paragraphs, which slowed down that great action. Redundant descriptions stopped my eye, and again distracted from the action. "Unknown stranger" would be an example.

The dialogue seemed melodramatic at times. For example, prior to rescuing the girl from the lodge, either Rick or Emily (I forget which one off the top of my head) turns to the other and says, "Let's bring Cassie Thompson home...safely." It's a made-for-TV line that doesn't serve well a novel aiming for authenticity.

On that note, passive sentence structures leaned on adverbs to move them along. Yeah, yeah, call me the wet blanket, but these are things that I noticed as an author. Readers aren't as inclined to pick up on them.

What they will notice is a gripping story that starts with action, continues with action and ends with action. Readers won't get bored with Dark Mind. They'll finish it in a couple of days like I did.

Give Dark Mind a shot. It's the third in the Emily Stone series, but I had no problem jumping into it.

Now if you'll excuse me, I need to apply some of what I learned from Emily Stone.