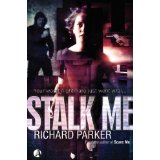 That evening began much like any other.  Luc and Beth Jordan on holiday, not only recuperating from an attack on Beth by a mugger, but taking a break from the stresses of purchasing their new home.  They were on their way to have dinner at a favorite restaurant, Beth at the wheel, and Luc amused at something on his cell.  The road ahead was clear, and all was well.  Beth looked away from the road for a brief moment, her gaze meeting Luc’s, and in that split second, her life would be changed forever.

After striking the camper, their car flipped upside-down.   She smelled gasoline, and knew she had to get them both away from the vehicle.  Severely injured and confused, she made her way out of the car and onto the road.  She crawled toward the sound of footsteps on gravel.  Was it another driver who had come upon the scene and stopped to assist them?

Lying face down on the roadway, as she turned, she could see a pair of feet and tried to cry out.  She was weak and it was more and more difficult to keep her head up, all the while fighting to remain conscious.  She must tell whoever is there that Luc is still in the car, suspended over the airbag.  She raised her head and saw someone standing in front of her.  As soon as she tried to speak, a foot swung back and kicked her square in her face.  Before she sunk into total darkness, she heard the crack of her teeth and jaw as they shattered.

When she next awoke, she turned and saw Luc on a gurnee next to her.  Paramedics and emergency vehicles had arrived.  She also saw a crowd nearby, kept back by yellow police tape, all leaning in to get a closer look at her and Luc.  She turned back to her husband again, and in the midst of his pain and confusion, she heard him mumble “Sorry…”.

Beth could now see the crowd holding up their phones to film the grisly scene.  Rage gave her the strength to stagger to her feet and head straight for the ghouls who were recording the most horrific day in hers and Luc’s lives.  She lunged at them, prepared to strike, and they retreated, yet continued to record.  She heard the med-evac helicopter arriving as she was restrained and returned to her gurnee by paramedics.  Mercifully, she lost consciousness.

Weeks later, on awakening from coma, she learned her husband did not survive the crash.  On discharge from the hospital, she would be staying at her brother’s place, and it was from her brother that she learned film clips of the scene of hers and Luc’s accident had been uploaded to the Internet.  It was traumatic and heartbreaking for her, but she knew she had to see them.  It was then her real nightmare began.

Something in the clips is all wrong.  Beth’s questions do not bring answers--only more questions.  Those she seeks the truth from disappear or are murdered, and she soon finds herself the target of a stalker.  The closer she gets to uncovering the details and reasons behind the events of that night, the closer she gets to crossing paths with a brutal and unrelenting killer.  Still, she must solve this puzzle--for the sake of her husband’s memory, and to save her own life.

Stalk Me is a dark peek into the dangerous side of technology.  We all have phones, we all have the Internet.  These are wonderful tools for accessing and sharing information.  However, given the depraved curiosity some humans possess to record and share with the world the pain, humiliation, suffering and death of their fellow creatures under the guise of entertainment, these tools can prove deadly in their own right.

You witness a shocking event, you record it, and you post it so your friends can view it and you can sit back and regale them with tales of what a precarious position filming that occurrence put you in.  What you fail to remember is that once your ‘work’ is out there, viewing it is not restricted to you and your buddies.  Anyone and everyone can see it--even those involved in the event, and it can be traced back right to your front door…

Richard Parker thrilled us with Stop Me and Scare Me, and he has hit the heights yet again with this, his third stand-alone novel.  Stalk Me will draw you in, it will excite you, it will upset you, and it will terrify you.  Most definitely another must-read from Richard Parker.