The Suffocating Sea To be Published in Large Print 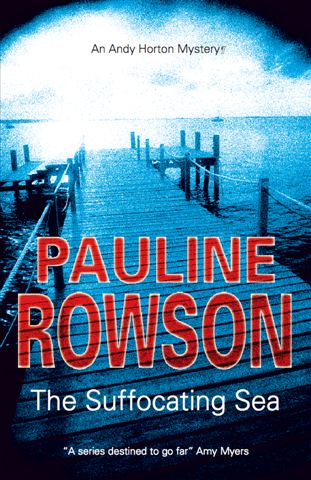 I'm pleased to say that The Suffocating Sea, the third in the Inspector Horton Marine Mystery series of crime novels set in the Solent area of the UK, is to be published in Large Print in September.
I've also been told that it's coming out as an unabridged audio book but am waiting confirmation of the date. When I know it I'll post something here and on my web site at http://www.rowmark.co.uk/

I was chuffed when The Suffocating Sea was chosen by The Book Depository as one of ten 'Best of British Crime Fiction' and Booklist in the US also liked it. They called it a 'gripping, suspense-filled murder case...an entertaining read in an engaging series...' But of course it won't be everyone's cup of tea - that's life, and dare I say it - literature?

DI Horton is called to investigate a suspicious fire on board a boat, but as soon as he arrives at the marina he experiences a premonition so strong that it’s almost audible. As he views the charred remains of the dead man he knows instinctively that this investigation will be like no other, and he’s right. Soon Horton is forced to confront the past, not just the victim’ past, but the mystery surrounding his mother’s disappearance over thirty years ago. As the pieces of a long ago puzzle begin to unravel, it soon becomes clear to Horton that this is one case someone is determined he should never solve – masterminded by a dangerous adversary who will stop at nothing to prevent the truth from coming out...