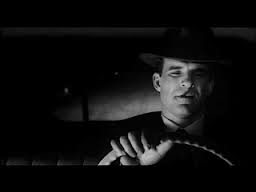 Lucile Garrett is just thirteen when she meets Clint Palmer, a charismatic stranger who will forever change her life. The year is 1934, and as the windblown dust of the Great Depression rakes the Oklahoma plains, Palmer… Klarissa Conner is a rising star as a television newscaster with the #1 station in Chicago—and is also well known as the younger sister of Detective Kristen Conner, the lead character in M.K. Gilroy’s novels, Cuts Like a Knife and Every Breath You Take. First appearing on author B.R. Stateham’s blog (author of the Smitty novellas), here is a fun interview with the only…

Review - I Hear the Sirens in the Street, Adrian McKinty

Sean Duffy knows there's no such thing as a perfect crime. But a torso in a suitcase is pretty close.… Nanhai Publishing bought translation rights to six novels in the …

Authors who are looking to increase their exposure should check out LosttoBooks. UK-based Sienna Logan's blog spotlights  different genres.

I was one of the featured authors at a holiday party put on by the Reading Divas book club. The Wine & Cheese Holiday Gathering was more fun than business and a great way to end my writing year, and introduced me to the marvelous Overdue Recognition Art Gallery in Bowie, MD.

And, The Payback Assignment was featured on the blog “xtrme English Books” for readers in Germany. The blog offers a daily selection of free English books on amazon.de. Now I feel international!…

Up in Kings River Life Magazine the final installment of a 3 part series on the queen of crime Agatha Christie http://kingsriverlife.com/01/26/agatha-christie-a-life-in-three-acts-part-3/

Also up in KRL this morning we have a review of the latest Pot Thief mystery by Mike Orenduff, a guest post from Mike on the value of a book & you can enter for a chance to win a copy of "The Pot…

The city of Indianapolis as a setting

Indianapolis is a middle American city.  Until I lived there, I never took it seriously.  The bad news was that I was very prejudiced against it.  The good news was that, being an Easterner, I knew that I was prejudiced against everything between Pennsylvania and the Pacific Coast states, with possible - but not definite, exception made for the city of Boulder, Colorado where some enlightened souls [yes, that means Hippies] had taken up residence during a spreading of the population of the…

The new DI Andy Horton, number nine in the series, called Undercurrent, will be published in the UK and Commonwealth on 31 January and in the USA on 1 May 2013. Like all the DI Horton novelsit is set against the backdrop of the sea in the Solent area on the South Coast of England.

In this crime novel DI Horton has a new mystery…

Unfortunately, I can't claim this blog as my own. This was written by a wonderful woman named Beth Terrell who helps out with the annual Killer Nashville writers' conference held every August in...you guessed it, Nashville, TN. In 2012, a week before the conference, she sent along this message to all of the authors scheduled to be on one of the panels. I thought it a wonderful message and one…

Tune in to join me on a radio Talk Show

Tomorrow (Friday) I will crash the party on the Anything Goes blog talk radio show at 11pm (Eastern time). Bennett Pomerantz runs a fun and exciting show with literary guests. Set your alarm so you can tune in and join the fun at 11pm.
http://www.blogtalkradio.com/ashleyfontainne/2013/01/26/anything-goes-with-lee-ann-sontheimer-murphy-suzzana-ryan

In an idyllic neighbourhood of Copenhagen, a young woman, Susanne Hansson, is discovered in her apartment bound and gagged, the victim of an extraordinarily brutal rape attack. Detective Inspector Louise Rick soon learns that Susanne met the rapist on a popular online dating site, something Susanne shamefully… Meet Me in MD this week

Tomorrow is Open Mic night at the Waldorf West Public Library! I’ll be among the poets, writers, and authors, both local and visiting, who will share their work for 3 to 5 minutes. Refreshments will be provided. We will be intellectually stimulating the community with rhythmic sounds and fluid language! Join us in Meeting Room A at Waldorf West Library, 10405 O'Donnell Place, Waldorf MD.…

Use Code AA64W at checkout. Download to your computer or e-reader.

A man holding a powerful secret has been found dead in the middle of the night on the steps of the main branch of the Philadelphia Library . He has no ID, no phone not even a watch. Steele’s only clue……. a spoon tucked inside his sock.
What happened to the ring? Who killed…