The Writer's Process - Part I: The Idea

In response to questions regarding the creative process, this series of installments entitled "The Writer's Process" will invite the reader to follow me on a journey from the beginning to THE END of my current novel.


As a writer, the question I am most often asked is where I find story ideas.

Maybe it’s a genetic anomaly or some odd gearing as a result of my upbringing, but I have to confess that I have never experienced a… Continue

I'm featured author Saturday March 2 at worldromancereaders@yahoogroups.com
come by and say hello.
If you mention you saw this on crimespace you'll get a prize.
cmr

Meet me in Virginia

Tomorrow I return to book signing, this time at the Waldenbooks in Manassas Mall. If you're going to be in the area to do some shopping, stop by between noon and 4 pm, let me know you saw it in my newsletter, and get a special gift. The mall is at 8300 Sudley Rd, Manassas, VA.

Tonight I took a three-second ride on a hand-held bolt of lightning known as the Taser® X26. Three seconds is nothing. One Mississippi, two Mississippi, three Mississippi. Done. Barely enough time to read these sentences. It’s no time at all unless it is counted off while 50,000 volts of electricity are coursing through your body.

According to their web site, the Taser® X26 is the most popular electronic control devise used by law enforcement today. Its chunky, pistol-shaped plastic… Continue

For the week starting 3rd of March 3 Australian book blogs will be running a large number of short and sharp "interviews" with Australian Crime fiction authors. For the full details / an introductory post you can catch up at:

60 Minutes reported last Sunday that fifty-two former state attorneys-general have asked Congress to investigate whether the conspiracy and bribery charges brought against former Alabama governor Don Siegelman were part of a five-year secret campaign to ruin the governor orchestrated by none other than President Bush’s chief hatchet man, Karl Rove.

A judge dismissed the first case against Siegelman in 2004 because it was so weak. The Justice Department re-indicted him in 2005 when he… Continue

On the Way to LCC!

I can't believe it's been a little over a month since I posted ... as I've mentioned on my own blog, Writing in the Dark, time since January 1st seems to have both compressed and expanded ... just like the universe, according to the people who study those things.

So in my little corner of the cosmos, it's been really busy! Like the Perseid meteor shower ... Advanced Reading Copies of my book are here (which means that yes, it is real, a… Continue

Where Does the Time Go?

Here's the picture I had in my mind: I had a book signing last weekend at a Renaissance Festival. This weekend is Sleuthfest. In between were four full days, Monday through Thursday, in which I had nothing to do but write. In my head I would finish editing the book I've wanted to change around a bunch AND finish up the sequel to MACBETH'S NIECE so it could lie fallow for a few months before I began the editing segment.

You've probably guessed that neither of those things happened.… Continue

A Sense of Place and Time

Last night, I dreamed of Germany.


It wasn’t the Germany of 1989 and 1990, when I spent time living there. In this dream, I had returned to Berlin, to Checkpoint Charlie, and it was all but gone. I was trying to glance back at what would have been that untouched white wall that ran the length of the East German side. I had been there when the wall had come down, had seen people carving up the West German side.


Now, there are no sides. Not the way there was…

An update on my future-PI with psychic abilities project over at Musings From the 21st Century...

win a copy of Small Crimes

I've announced on my blog (http://smallcrimes-novel.blogspot.com) a contest to win a signed copy of Small Crimes.

Posts Missing Due to Walking on the Beach

It seems the lovely place I rented for the week has one problem: no Internet. So for those of you dying to know what I'm doing, I'm enjoying 75 degrees warmer weather than at home, I'm walking on the beach, and I'm working on the sequel to Macbeth's Niece. I did get word that Five Star is ready to look at Her Highness' First Murder, so I'm pretty excited about that. I'll check in whenever I'm near the public library again.

Hey there: for any of you with a half hour to spare and an extra half a buck in your pocket, Judgment, my new short story is in the top 10 on Amazon Shorts in the mystery category. It can be downloaded by going to:

A read & review would be greatly appreciated. You can post your reviews right on Amazon.

Also, Ransom Beach, my next novel in the… Continue

Part of this could be a horror story - my friend thinks so and I think in the horror area, comes the crime of rudeness by hotel staff - so this is my crime related story and I'm sticking to it - lol - Actually, I have cross posted this on my other ning groups and done this in a 2-part posting on my regular blog - http://elysabethsstories.blogspot.com

Book festivals are fun - you get to meet new authors and some more familiar ones alike. You get to renew friendships and acquaintances… Continue

Why I Write Historical Mysteries

I love history and always have–to the point where it became my college major. More specifically, I relish learning about the colorful and free-wheeling history of Chicago, which along with an assortment of its suburbs has been home for all of my seven decades.

After I concluded that I had written enough Nero…

A Taste of Honey available from today! 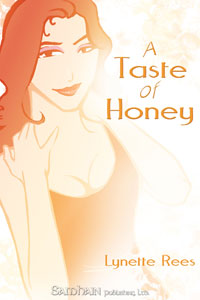 My romantic comedy, A Taste of Honey, is out today! It's available from Borders bookstores. Here is the blurb:

Honey is not far from the sting.

Fran Santini has a secret she keeps from her family. During the day, she works as a waitress, but at night, she is a honey trapper for the Peace of Mind Agency, working for women who suspect their partners are cheating.

Travis O’Connell is minding his own business,… Continue

The Academy Awards show is a lot like Christmas. The anticipation always excedes the actual event and you never get what you really want. Just ask Peter O'Toole. Or Kevin Connolly, who just lost his 20th nomination for Achievement in Sound Mixing. Of course no one in the Academy is going to vote for "Transformers," a re-make of a 1980s kids' television show that was, in reality, a blatant attempt to sell toys.

Everyone loves to trash the Academy Awards show. Yesterday morning on NPR… Continue