A weekend festival for crime writers and readers

Spend a weekend getting under the skin of a fictional crime with top crime writers, criminologists, lawyers, police and forensics experts. New Writing North and Northumbria University invite crime writers (aspiring or established) and readers to Crime Story – a weekend of discussion and workshops focusing on a fictional crime and how it would be investigated in real life.

I've read the first couple of Brian Freeman's  novels featuring protagonist Jonathan Stride. His latest novel, The Cold Nowhere, is the sixth in…

This week, I introduce a new list of future blog ideas. This list wasn't originally to inspire creativity, but nevertheless, I thought it humorous enough to keep, share, and from which to draw topics. Some of the future blogs will deal with the writing industry, but many will concern my life and some of my experiences. I hope to give you inspiration for future stories if you're a writer…

She awoke with intense pain, in her head, her back. Dense smoke filled the air and flames leapt along the wall across from where she lay. Ghostly figures moved around her. Were they shouting? She only heard whispers above the ringing in her ears. Warm blood ran down her face. It was hard to breath. The stench of melted plastic was intolerable.

The last thing she remembered was sitting across from that dreadful young executive. She could not comprehend that despite her seventy years of…

Attack of the M's, Part II Today, I turn the coveted blog chair over to a wonderful woman I've met at Killer Nashville and didn't get to spend as much time talking with as I would have liked. Today she honors me by stopping by my place on her blog tour to promote her latest endeavor, Murder In The Worst Degree. So be nice to her or I won't let you play in my neighborhood…

Tango mystery Dead on Her Feet, published by Booktrope

I'm very excited to announce the release of Dead on Her Feet.  Some of you know I've been working on this for a verrry long time, and I want to take this opportunity to thank you again for your support!

"For those who dedicate their lives to "chasing the ghost," searching for that elusive moment of perfect connection on the dance floor, tango is a drug.

A drug that proves fatal. The second Ace Herron novel is ready to go, but lacks an important element: the title. I'm offering a free and autographed copy of the book to the reader who makes the best suggestion. You have a week. Details here:

Attack of the M's, Part I 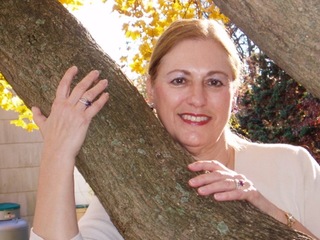 I was going to title the next two weeks' worth of material Attack of the Marylins, but then I realized that this week my guest's name is spelled Marilyn so...

This week I pick up my featured…

Join us 12 PM-5 PM at the J. Erik Jonsson Central Library, 1515 Young Street. Parking underground at Wood or nearby at Wood & Ervay.

The Festival offers a range of events for readers, authors, artists, musicians, and children including Alma y Corazaon Tejano Ballet Folkorico, the Black Vegetarian Society, a Discovery Wall "trip" to the Cleveland Institute of Music complete with performances by its students, and a young poets' workshop.

I MADE A MONSTER!

If you happen to have visited this blog before, you may be aware that I write three kinds of fiction – dark crime (Perfect Day and Perfect Peace and the Crime-Mystery-Suspense Short Story Collection), light crime (The Queen of Hearts), and horror (Comeback and the Horror Short Story Collection).  In my writer’s mind all these genres are one and the same.  To me it’s all the same world, only slightly different aspects of it and viewed from a slightly…

Well, all I can do is humbly ask for your forgiveness and explain the reason. I didn't have a computer from which to post. Why? Because for a…

The car is gassed and ready, road food is being prepared, clothes being assembled, and video equipment is ready to be picked up.

This trip will be a first for me: I plan to document it as I go, via periodic Twitter updates. I'll also be making a documentary for YouTube, and I hope to get at least one episode of "Book Talk" in the can through interviewing my fellow authors.

So, if I won't see you there, maybe you'll see me!

Authors continuing series created by others is the rage right now. Among the first was Max Allan Collins, finishing up Mickey Spillane’s Mike Hammer series. (This is a bit of a special case, as Collins had worked hand-in-glove with Spillane for years, and was asked to complete the unfinished Hammer novels by The Mick himself.) Ace Atkins is continuing Robert B. Parker’s Spenser series at the behest of the Parker estate. More recently, Raymond Chandler’s Phillip Marlowe has been resurrected…

I've read some interesting blogs lately where authors are using and recommending a pen name because they have had really bad experiences with readers or trolls on Amazon.  I've had one such experience.  I wrote it off to that one person.  But if this is more common maybe a pen name could protect you from having such personal attacks.