CH. 4 THE INTERVIEW
Ron Papasinsky called Jack and he accepted the invitation. Jack was on time at the Cisco Detective Agency owned and operated by Ron Papasinsky.
“I’m here to see Mr. Papasinsky.”
“Go right in, he’s expecting you.”
“How do you know me?”
“Saw the video, you were fantastic.”
“Thanks, I had one eye shut too.”
The receptionist laughed and Jack entered the office, Ron stood up and shook Jack’s hand.
“Glad you came.”
“No problem, what do… Continue

I can't decide exactly how the victims die. The choices have been whittled down to three or four, and the final decision will change the course of the story, but I can't find out enough about certain murder methods to make that decision. I suppose it's only right that information on how to kill people is not readily available. My non-writing friends think I'm weird enough as it is, but it is only fiction, after all.

Anyway, I've decided to push through and write the story anyway,… Continue

Hannibal Jones stars in "The Gift of Murder," in one of 19 great stories featuring Christmas crimes, Chanukah homicide, Kwanzaa killings, and some stories that combine all three! This is truly inspired short fiction from the likes of Agatha and Anthony award nominee Elizabeth Zelvin, Anthony Award winner Bill Crider, and Kris Neri (Agatha, Anthony and Macavity Award nominee.) Learn more on my main blog, Another Writer's Life.

Hey all, Christopher Grant was kind enough to reprint "Dinah" (originally at ESC) at A Twist of Noir http://a-twist-of-noir.blogspot.com/2009/09/twist-of-noir-189-matthew-quinn-martin.html

I'd never used the word "ancillary" in my life until my first publishing days. Now I know and sometimes dread the word. Every job has aspects to it that outsiders don't know about or assume are done by someone else. Writers have a ton of ancillary tasks that not only aren't as much fun as writing, they actually take away from writing time.

First, of course is promotion, but there are a thousand things that come up. In my head I keep saying, "Maybe next week I can get back to my WIP."… Continue 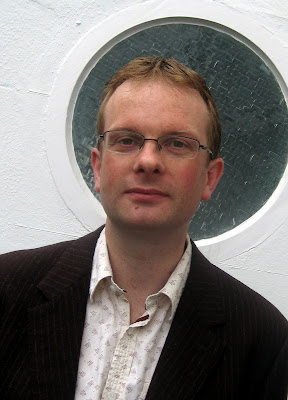 Thomas Carlyle wrote that “A well-written life is almost as rare as a well-spent one.” There may be some debate as to whether Timothy Leary’s life was well-spent. However, his biography by John Higgs is one of the most well-written and compelling books you’ll ever come across. “I Have America Surrounded: The Life of… Continue

I signed a lot of books and made a bunch of new friends in the last few days. During the 3-day weekend the Borders chain welcomed me in Silver Spring and Waldorf, MD, and Manassas, VA. I want to thank all those managers for making me feel welcome, for promoting me to their customers, and most of all for ordering my novels!

Why do we write what we write? by Reid Jackson

I really enjoy writing fiction stories. The freedom and imagination is a wonderful thing to apply. I pick crime fiction because of the many stories that can be created between characters and situations. The internal struggle between yourself and what the world presents to each of us is a life long tale. The action and suspense in a tale draws upon the many possibilities that people encounter. The old west is also an area I find intriguing and I enjoy reading and writing on that genre… Continue

I do a guest turn as part of Hardboiled Wonderland's series on narrative songs that run to the dark side of the street.

Adrian was kind enough to take some time out of his busy life to answer a few questions about FIFTY GRAND which I was lucky enough to review recently.


AustCrime: FIFTY GRAND takes you into a slightly different place from THE DEAD trilogy in particular, having said that, there are also some similarities. Do you have a particular interest in the outsider taking control, stepping into the unknown… Continue

Why You Haven't Been Published Yet

Because this guy took your slot.

I did a workshop on Saturday and as usual got the question, "Do you set regular writing hours for yourself?"
I always answer yes, but the sign on the door of my writing "business" would have to have some disclaimers:

At the close of a long day, Inspector Stephen Villani stands in the bathroom of a luxury apartment high above the city. In the glass bath, a young woman lies dead.

Villani's job as head of the Victoria Police Homicide Squad is bathed in blood and sorrow. His life is his work. It is his identity, his… Continue

Another good one bites the dust.

If you're not familiar with William Safire's ON LANGUAGE columns, you're simply not as good a writer as you could be. Period.

He was also a take-no-prisoners -type of columnist-- and one who backed up his opinions with carefully researched fact. No "nabob" he, Mr. Safire will be missed by those who savor both finely honed writing and the practice of column-writing as a… Continue

New short story of mine is up and running

If anyone's interest, my short story 'Charlie Flash' is up and running on Darkest Before the Dawn (www.darkestbeforethedawn.net)

Hey all...got a new story up at A Twist of Noir...it's called Thug's Paradise and is a little different from what you'd expect from me