Does Cotton Malone ever get to be behind the counter of his book store and actually sell a book to anyone? If so what would the book be and to what famous figure or character would he sell it? Fun thought? Well, since he didn’t sell any books this again,
what exactly did he do with his bad self ?


“The tomb of China’s First Emperor, guarded by an underground army of terra-cotta warriors has remained sealed for more than 2,000 years. Though…

Holiday Gift Ideas for the Sleuth in Your Life

We've posted our sleuth-gift ideas at our blog Guns, Gams, and Gumshoes, but the gifts might also be items that your fictional sleuth use in your stories, too. Hey, we wouldn't mind some of these gifts ourselves.
Christmas Gift Ideas for the Sleuth in Your Life:…
Continue

It seems I have arrived late for the party yet again. Kidnap & Ransom is Michele Gagnon’s fourth novel, The Gatekeeper, Boneyard and The Tunnels are here other works to date. I am going to get right to the rundown of
what the novel is about and then we can discuss it:


“When the world's foremost kidnap and ransom negotiator is snatched by a ruthless drug cartel, Jake Riley becomes ensnared in the effort to save him. But he's up against…

I placed a short story in the December 1st issue of The Eerie Digest magazine. This free publication is THE Online Mystery and Hollywood Insider Magazine. For you completists my story, "Under the Hood" IS a Hannibal Jones mystery but somewhat different from anything else I've done. There's a lot of content, so you might want to type my name into the search box…

Ikea and the Crime Writer

There are many theories as to why Scandinavian crime writers prosper in the bestseller lists. But I know why it is. Ikea.
I just bought a new set of Ikea shelves for my office. I’ll get into exactly how that has altered the configuration of my workspace, but at this point let me just note that it makes my writing room seem a thousand times more orderly, less cluttered. As any feng shui expert would tell you, a disorganized room will yield fractured thoughts and…
Continue

My book signing at Borders in Tysons Corner was more fun than expected. Aside from signing lots of books, a couple writing pals stopped by to say hi. For gift-searchers in that area, they have copies of three of my titles left.…

New Novel Releases for the Week of December 7th

Big names populate this week’s list of new releases. I also have some more news on the Gelati’s Scoop front. Next week I will be posting our year end best of lists: novels (Tuesday), digital shorts (Saturday),
graphic novels (Friday), and self-published (Sunday). We will also be starting
a new themed day that is going to revolve around Publishers, Agents, Websites,
Bookstores, and Graphic Novel stores. I am pretty excited about the new addition
to the…

The problem with wanting to be an author is the bombardment of the same negative message from everyone (teachers, agents, publishers, strangers) that this dream is nigh impossible.
The repeated warning goes something like this: anyone foolish enough to want to
be an author needs thick skin, perseverance, and phenomenal writing talent…

Right on the heels of Foreign Influence comes a new project from Brad Thor, The Athena Project. Was I pumped, excited, impatient to get it, ready to read it, looking forward to it? To put it mildly, yes, that and much
more, I ran out ways to say how much I wanted to get this novel and read it. I
am a big Brad Thor fan and was happy to see him branch out and do something a
little different. Let’s get to what the action is all about:…

Quite possibly you are getting tired of me talking about this guy. I don’t know, but hey, good is good, and Jason McIntyre keeps pumping out the stuff I keep reading and sleeping with the lights on. He claims this,
his newest work to date, is his best yet, Thalo Blue. Is he right? I am going
to agree with him, this just kicks $%#.

Lest it ever be said that I lack chutzpah ...

Honestly, I wanted this guy to do it... 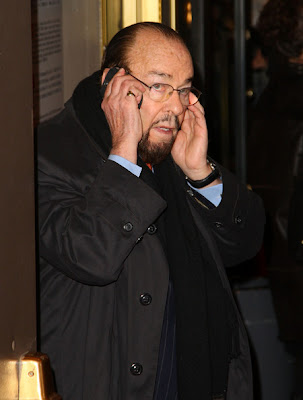 ...but he's been busy with other things, lately. 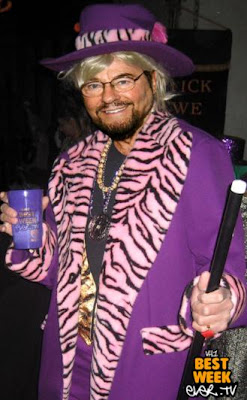 So, I interviewed myself for the series…
Continue

Researching the crime novel and the importance of location

I've just uploaded a new video interview. In this short video I am in conversation with Tony Smith, talking about my marine mystery police procedural crime novels featuring the flawed and rugged Inspector Andy Horton and my thrillers. How I research them and I'm also talking about the importance of their location, which is Portsmouth…

Jodi Langston author of Always & Nature of The Beast Q&A


-You have published two novels thus far, Always & Nature of The Beast, how has the experience been: Pluses and minuses..


It has been mostly positive, but stressful. There's a learning curve for self-publishing. I think the most stressful thing is getting your work out to the world. Trying to find all the right channels and not
market to the point your friends and family block you on Facebook and…

It's Wrong, So Make It Right--Rewrite

It's Wrong, So Make It Right--Rewrite
A writer who is paying attention knows when something's wrong with a project. That knowledge does not come early on, and often not easily. For me, when the writing is ongoing, it is important to get the main story down, and details almost have to be left fuzzy. I am an insistent advocate of "rest time" for a first-draft manuscript, time (like a month) in a drawer or on a CD so I see it with fresh eyes. Any MS needs multiple rereadings by the author… Continue

Hi,
I would be grateful if you would vote for my novel, The Trojan Project on The Peoples Book Prize.
www.peoplesbookprize.com
Click on fiction and then on my book.
To vote you will need to register and they will immediately send you an…
Continue

Crafty title and even more a fun novel cover. Before I can explain my thoughts on the novel, I think it is best for me to give you some background on the author and the novel itself :


“"Political unrest… government scandal… corruption... extortion! What do all these things have in common? They are perfect targets for satire! In Sitting on Cold Porcelain, readers will find an amusing,
perceptive, and laugh-out-loud take on the state of our…

Check out a review of 2 Christmas mystery novels-one by Carola Dunn and
the other by Judith K. Ivie and enter for a chance to win copies of
both books http://kingsriverlife.com/12/04/christmas-mystery-reviews/
in the new issue of Kings River Life!
Also the second to last chapter of my mystery novel "Deadly
Discrimination"…
Continue

I barely made it out of Europe the weather was so horrid. Torrential
rains in Florence, snowstorms in Germany. Rain and wind in Philly, and
in Albany, ex-wives and now, an ex-girlfriend. Gas is 50 cents more than
when I left a month ago. The indy bookstore at which I'm supposed to
sign first editions of The Remains tomorrow has decided to also book an
ex-local news anchor who self-published a book about doing, well, the
local news. I just went to the store and its… Continue