It may seem a crazy thing to do.  I mean writing about a book that you haven’t even finished reading yet.

So why bother?  I bothering because Mike Well’s “Lust, Money, & Murder” is written in three parts and part one is a good teaser that’s leading me to download parts two and three.  Let’s face it.  I want to see what happens…

Les in New Mexico posted a review on Amazon about The Troubleshooter: “Entertaining action story. Well written action romp. In this story we get to know Hannibal Jones, a tough hero with a social conscience. He can "take a licking and keep on ticking". He's too good to be true, but interesting and entertaining. Overall, a good light read staged around some serious issues.…

The new issue of Kings River Life is up and filled with Christmas and mystery fun!

We have a review of Cleo Coyle's new holiday mystery novel, "Holiday Buzz", a chance to win a copy of the book & a great guest post by Cleo with some fun holiday recipes http://kingsriverlife.com/12/15/holiday-buzz-by-cleo-coyle/

Today’s guest, Ken Myers, has some good tips for writing dialog on my blog Another Writers Life.
http://ascamacho.blogspot.com

It's the week of Christmas and

The Westwood Strangler is dead.

Or so everyone believes.… The Next Big Thing

A while back, I started an off-the-cuff project called the Crime Writer's Guide to Firearms & Knives. It started as a way to debunk some of the myths about weapons in crime fiction. It soon morphed into a beast of its own, including a glossary and a bit of weapons…

Dead Bunny is now on KIndle!

I travel the subway in Toronto pretty frequently so there's no missing the fact that a lot of people are doing their reading on Kindle and a wide variety of other electronic devices with equally unlikely names. And up until now my mystery novel Dead Bunny was only available in that primitive "book" format. Hard to believe people still risk injury to fingers and wrists by manipulating those clumsy masses of paper and glue. I've heard that until the Kindle came along, 3 out of every 19…

Listen to my latest interview!

I was interviewed about my writing and my latest thriller, The Piranha Assignment, on the web blog 2012 Writers Alive! Check it out!
http://2012writersalive.blogspot.com/2012/12/austin-camacho-and-piranha-assignment.html

Blessed Are Those Who Thirst - Anne Holt 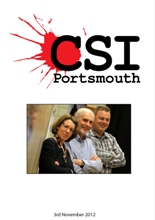 A DVD of CSI Portsmouth 2012, which was held on 3 November as part of Portsmouth Bookfest, featuring crime authors Stephen Booth, Ann Cleeves, Matt Hilton and Pauline Rowson has now been released and is on sale as a two disk set.

Review of THE BLACK BOX by Michael Connelly

SEDUCED TO KILL IN KAUAI Now in iTunes, Kindle, and Nook 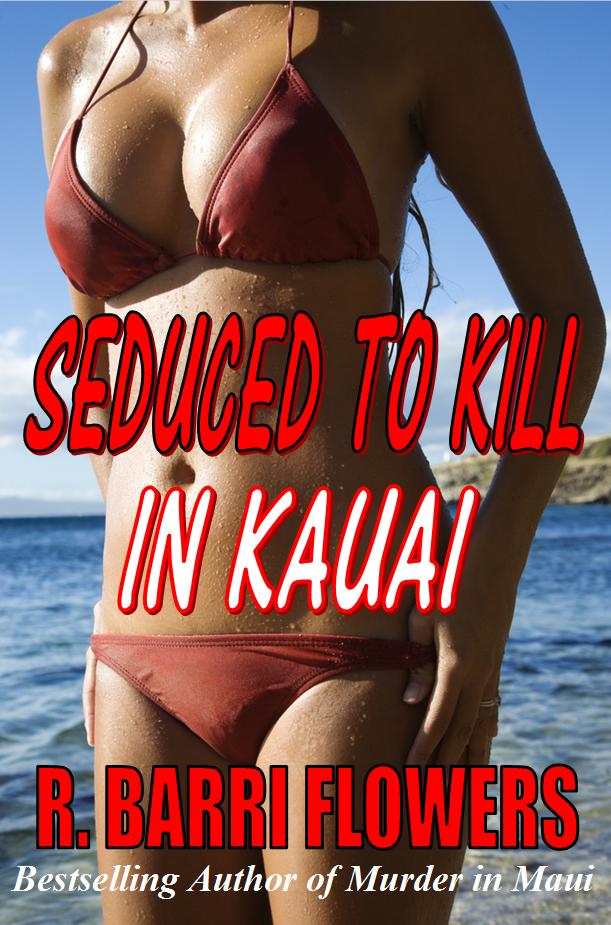 From R. Barri Flowers, bestselling author of teen novels, GHOST GIRL IN SHADOW BAY and DANGER IN TIME, comes COUNT DRACULA'S TEENAGE DAUGHTER, a delightful young adult vampire tale with a nice blend between typical teen life and vampire methology. Kula Lockhart learns at age sixteen that she is the half-human daughter of the powerful Count…

Today, one of my short-stories was featured in Transient #2: Winter 2012. The story is called "After School" and I'd say it's at least a relative of the "crime genre" if not exactly a member. I hope some of y'all can check it out. This is my second story published and the first outside of a college publication. It's an exciting step, for sure. I hope you all enjoy.…

Why haven’t you registered for the Creatures, Crimes & Creativity Conference? Check the web site and tell me what would make you want to attend.
http://creaturescrimesandcreativity.com/

SEASON OF THE WOLF

My new supernatural thriller Season of the Wolf launches on February 26, 2013 (published by DarkFuse), and it's already picked up a couple of rave reviews.

"Season of the Wolf is full of twists that will surprise readers time and time again. With his rich use of description, Mariotte has created a story which will grab the attention of readers and will have them…