Out of interest, how many of the people here, who love reading crime fiction, are also authors specialising in crime?

Me. I started out reading and writing fantasy - but when I switched to crime and thriller territory, everything suddenly "clicked" and I felt that I'd found my voice. Plus I've worked in law enforcement my whole career, which kind of helps!

I write mysteries, historical ones set in Japan. But I actually read mostly police procedurals.

I'm an author and crime reader. I think that my interest in crime fiction led to my desire to write  a mystery. 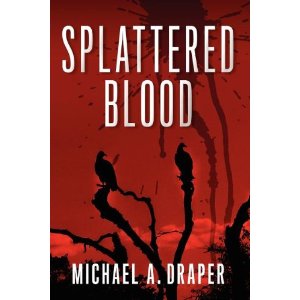 I'm write PI stories, and a series of more or less police procedurals set in a small town. I read a broad base of crime fiction, from classic noir to procedurals to PI to crooks' POV.

I hope this doesn't turn out too wordy...

My years of watching old film noir has finally urged me to write about it. I've read my fair share of crime fiction, sure. But that has been overshadowed by film. The mid-to-late 1940's is a goldmine, containing all the raw and dogged elements of human perspective, philosophy.

I do like my crime fiction. Whether I read it or write it. I love to do both.

Inspired by the classics of crime writing, as well as John D. McDonald. The human side interests me more than the procedural.

I am both a reader and writer of crime fiction. Some of my favorite writers are the greats of today--Michael Connelly, Tess Gerritsen, Jeffery Deaver, Robert Crais, T. Jefferson Parker, the recently departed Robert B. Parker.

As for what I write--I'm currently running two crime thriller series.

The first is about a female bounty hunter named Grace deHaviland who operates out of Columbus, Ohio. The third novel in the series should be out shortly. And secondly, I have the Nick Lafferty series, about an ex-DEA agent who's between jobs and trying to get his life back together after losing his family. The first book is called CRYSTAL WHITE and the second one is due out late summer/early fall of this year.

I think you've got to read in the genre you are writing. But I draw my writing ideas from real life - being a cop gives me loads of story ideas...

Love to read the older crime fiction Gary Lovisi explores in Paperback Parade. The threat of murder always raises the stakes. Also enjoy some of the modern work like that published in Needle. I write mostly crime too, sometimes with paranormal elements like Dresden Files.

I've been reading crime fiction and mysteries since I could read.  That's what led me to write crime fiction.  I write what I like to read.  Can I mention my 1st novel has just been released in a 2nd edition?  :-)