About Me:
Reader and writer of detective fiction.

After graduating from Glenville State College in Glenville, a small town in rural West Virginia, in 1985, I taught for two years in the Ritchie County School system. When it became apparent that permanent full-time work in teaching was not going to be available anytime soon in or near my hometown of Parkersburg, WV, I went to seminary in Louisville, Kentucky. Before I could finish there, though, I moved back home and accepted a job as a youth minister at Emmanuel Baptist Church. I was on staff there, in various capacities, for six years before I realized how badly I missed the classroom and applied for a teaching position at Parkersburg High School. I have been there for the last seventeen years. Though I don't work there anymore, I am still a member of Emmanuel Baptist. During my time at PHS, I have taught seniors almost exclusively, though I was the speech and debate team teacher and coach for the first several years. I now teach just senior English, most of my classes being Advanced Placement. I am a National Board Certified teacher. In one of my most humbling career moments, I was the recipient of the Milken National Educator Award in 2005. In 2007, I earned my Master's degree in education with a concentration in integrating technology in the classroom from Walden University.

I’ve taught creative writing to my students for seventeen years, but I’m the one with the undying passion to write detective novels. I tinkered with Harry and Dee Shalan and their story for many years until I was recently encouraged by my students to quit talking about it and get this darn book written. So I did. And I enjoyed the process so much that I decided to write this one. I also recently completed the second draft of Shalan Adventure #3, In the Shadow.

Unlike many Saturday mornings, I didn't have a topic I'd been mulling over in my head this week. I went through my journal and all I had left were more nostalgia pieces, most of which will show up sometime, but I felt like I'd inflicted enough of my childhood on you. So, thanks to Molly Greene, author of the blog Molly Greene: Author and her post "101 Fabulous Blog… 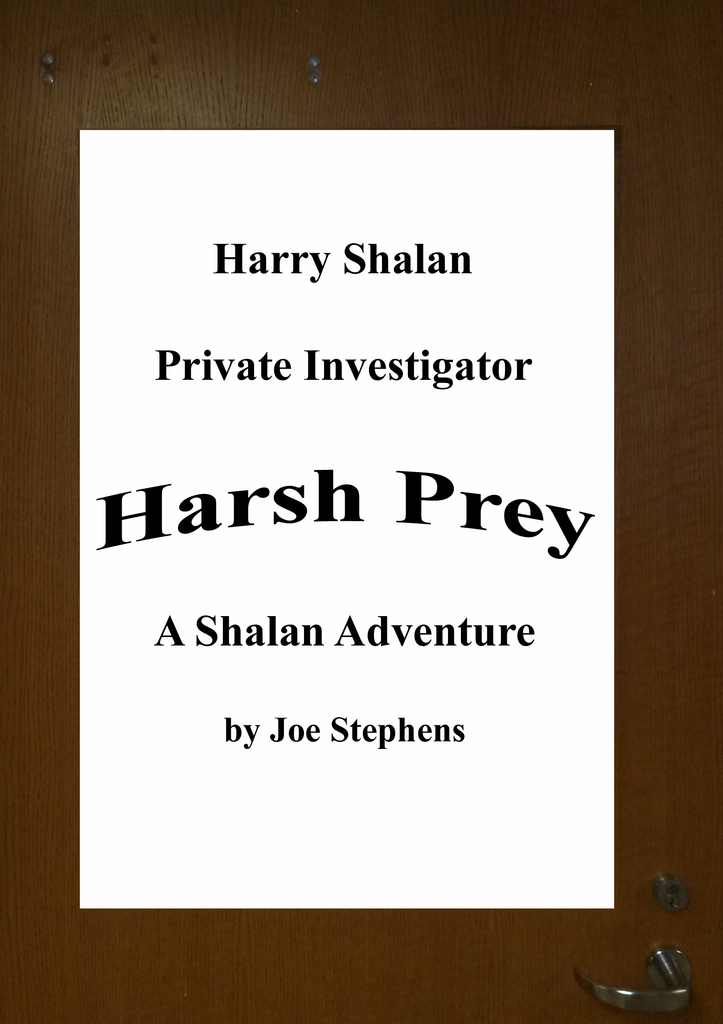 I'm running a new giveaway on Goodreads, but this time it's for my debut novel, Harsh Prey. I hope by getting the first book in the series into people's hands, I'll get them hooked on the whole series. If you bought this book already, it's okay because this is a new updated version…