Can A Man Write Romance? (How About Me?) 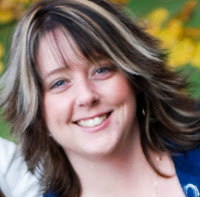 I was one of four authors who was interviewed by Serena Chase at USA Today's Happily Ever After blog on the topic of writing romance from a male perspective.
In personal correspondenceSerena pointed out that I was actually quite light on romance - hmm - but there was such a good start between my hero, Detective Kristen Conner, and FBI Agent Austin Willingham, that I needed to let that develop more in book two.
I'll let my readers determine how well I followed Serena’s advice in my forthcoming novel - Every Breath You Take - but suffice it to say, both Kristen and Austin are back – and there is definitely some chemistry - so protective eyewear is recommended.
Click here or above for Serena's complete interview and more insights on the question of men writing romance. What follows are excerpts from some fun interaction!
Serena: Men and women look at so many things differently, so I have to ask you: What is your definition of romance?
Mark: My definition might not catch some of the nuances of romance as a literary category, but in my mind it's real simple: the attempt of two people to connect at a deeper level. Romance is not one size fits all. In literature I like to watch it unfold with a dash of humor but a full dose of realism, which includes misunderstandings, some awkward moments, some twists and turns, and some internal reflection where a character asks himself or herself what really matters.
Serena: Do you consider yourself a romantic in “real life”?
Mark: (My wife and I) recently had a big anniversary and both of us said we would marry each other all over again — so I think that's pretty romantic. If you're trying to stick together and draw closer, then heck yes, that's romantic!
Serena: In your opinion, what is THE most romantic story?
Mark: Does ThePrincess Bride count?
Serena: (picks up pretend sword) Does “The Six Fingered Man” have six fingers? You betcha! Mark: How about Braveheart? I know it's a blood-and-guts historical film that guys love, but in the closing scene, as he lies dying, William Wallace sees a vision of his beloved walking through the crowd of onlookers, waiting to greet him in eternity. In his hand he still clutches her scarf from the night she was taken away from him in death. That's incredible romance hidden in an action movie.
Serena: Absolutely! Do any of your buddies give you grief about writing romance?
Mark: I make sure to start and end my novels with an intense, detailed, epic fight scene — and then I hide the romance in between the action. That … and I make sure my booster dues are up to date for the football and track programs at the local high school!
But seriously, I've not been given a hard time at all. (My lead character's) romance is a slower build with a few more bumps on the road. She fights it. But it's sincere. And (readers), both female and male, have told me they want to follow it and see where it goes.
Serena: What has been the best (or worst) criticism you've received concerning the romantic element within your book?
Mark: I'm new enough as a fiction author that people have been pretty kind to me. Maybe they feel sorry for me and don't want to hurt my feelings (laughs). Of all the reviews, I think it was you, Serena, who pointed out that there was more to "see" between my hero, who is a detective with the Chicago Police, and the FBI agent with whom she shares some sparks. It was good criticism and I listened. Kristen and Austin are trying harder to connect in the next book. Not that she always cooperates. But you were my critic - so thank you.
Serena: Umm … (cringes) you're welcome? (Laughs) Do you think men are more likely to buy your books since they have a male name on the cover?
Mark: (When) I was in charge of marketing for a publishing company we operated with an old advertising adage: Women can relate to, and will respond equally well to, a man or a woman in an advertisement image; but while men might respond positively to a woman in an advertisement, they are not able to "relate" to her as easily. I can't prove (the adage), but I suspect some men are more comfortable buying a book by a male author. And that may be way out of date!
Serena: Critics frequently bash the inspirational romance genre. Some comments are mild, referring to romantic escapism, while others are quite pointed in claiming that these novels give women unrealistic expectations that men cannot possibly live up to. How do you respond to this sort of criticism?
Mark: I’ve been known to ignore criticism. But … sometimes romance is defined too closely to a highly emotive expressiveness. So maybe romance novels sometimes set up standards and expectations that are not fair to guys who work just as hard at relationships but aren't as good with words. Inspirational romance does remind all of us that there comes a time when we have to say it out loud and with real words: "I love you," "I'm sorry," "I'm glad you're mine."
Readers of all genres know they enjoy a book for several reasons and escapism is one of them. What's the big deal? I think there are a lot worse ways to escape and pull back from responsibilities. And on a humorous note, I would add that many readers may love the level of romance they find in a book, but if their spouse tried the same thing they would give them a kiss, say, "thanks," and remind them to get the lawn mowed.