So I had a look at the line-up of authors attending and sent off my wish list which included all of the big names attending along with several lesser known but talented authors.

Over the next few weeks I got email after email from various PA’s, assistants and publicists all arranging times and locations for the interviews. I was sent copies of latest books and publicity blurbs almost daily. It was bliss until I read the line up and realised the enormity of the stature of the authors who I’d be interviewing. Joe Finder – New York Time best selling author, Lee Child – 50 Million and counting in book sales, David Baldacci – 100 Million and counting, Dennis Lehane – three of his books were made into films by the likes of Clint Eastwood, Sean Penn, Martin Scorcese and Leonardo Di Caprio.

What on earth had I let myself in for? Never mind these four. All the other fine authors I was interviewing would see me for what I am. A chancer with a notepad and an interest in their books. Any one of those four could chew me up and spit me out without even pausing to consider the idiot who bothered them with stuff they’ve been asked a million times before. At least I’d met or had communicated with the other authors first which stilled some nerves.

Was that how it happened? Not a bit of it. Every one of the nine authors I met and interviewed was gracious, polite and open when answering my inarticulate mumblings. Me? Once I got past initial nerves I got to talk crime fiction with some of the top names in the business on a one to one basis. I talked Tom Cruise with Lee Child, Land Rovers with Joe Finder, Harpo Marx came up in my conversation with Dennis Lehane and when I spoke to David Baldacci he gave me a couple of valuable insights on what happens when budding authors submit their ideas to publishers.

Would I put myself through it again next year? Like a shot. It’s a lot of work and can be nerve wracking as you never know what they are like. But I found it immense fun to talk to some of my literary heroes and yes. I do realise what a lucky sod I am getting to do these opportunities. 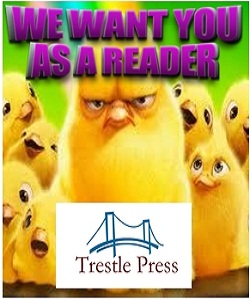