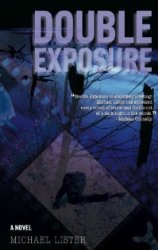 Remington James has a lucrative job in advertising, a wife he loves but from whom he is drifting, and an emptiness of soul he can not fill. When his father dies, Remington returns to his northwest Florida hometown to carry on his father's business and see to the needs of his invalid mother. While there, he rediscovers his early love of photography, a love given him an nurtured by his mother. In seeking the perfect pictures of the native flora and fauna, Remington believes he is not only helping to preserve nature but finding himself in the bargain.

And so he ventures deep into the hardwood forest and swamps on the large acreage he has inherited, seeking his photos. Capturing great shots, he moves to his deepest camera trap, where he discovers that he has captured a brutal murder, minutes before he arrived. The killer is still in the woods, and has help. Remington's quest for the perfect nature photo has instantly become a desperate chase for his own life. The story of his flight from the murderers makes for an intense night in the dark Florida woods that will not disappoint.

There is more to Lister's book than a pulse-pounding thriller, though. Lister writes with a style and grace that makes some passages almost poetic in their feel, and the questions that his protagonist struggles with, as he struggles for life, are the deep questions that come to us all, sometimes in the dark midnight of sleeplessness, often in the midst of a life crisis - what does my life mean, what is real and what merely window-dressing? In the course of the thrill-ride, Remington James comes to his own conclusion, as must we all.

This is my first book by Michael Lister. It won't be the last.