As Frank Would Say, "That's Life"

The week has been bad on the front lines of Personal Life. But last night I spoke at a small library to a small crowd of the nicest, most involved readers I've met in a while. It was a mixed audience: some aspiring writers, some mystery lovers, a writing teacher, and a couple of ladies who spoke mostly Polish but smiled a lot and loved the fact that they each won a book to take home with them. The group was lively and the questions were intelligent. Suddenly I'm pretty… 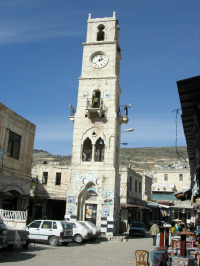 The company you keep can put the culture around you in a new light, let you see it as you haven’t before.
That’s true when I travel to different countries and discover that readers in Germany have a particular take on my Palestinian crime novels which differs from the way they look to Americans, for example.
I got to thinking about this when I was wandering the Nablus casbah this week with two German friends. An enthusiastic…
Continue

Why you should buy this month's Smithsonian -- Harper Lee

Hard to believe that that enduring American novel, To Kill a Mockingbird, was published 50 years ago. It’s a staple of high school lit classes. I cannot tell you how many times I’ve been called in to sub for an English teacher who’s sick of having to teach the book one more time. No, the truth is they’re always out with the flu. That’s what they say, but I tell their students they are out playing golf and to be… Continue

A new survey says most of us want an e-reader or iPad. So naturally I blogged about it - http://ascamacho.blogspot.com

I'm pleased to announce that translation rights have been sold to China for two of my crime novels, Tide of Death, the first in the Inspector Andy Horton marine mystery series and In Cold Daylight, a crime thriller novel about the cover up of the mysterious deaths of firefighters killed in the line of duty.…

Saturday I get my first chance to sign books at Borders in Montgomery Mall. From 1pm to 5 pm I will present my mystery novels to a new audience. If you ever shop at this Mall, stop by and get your signed copies of my novels. The mall is at 7101 Democracy Blvd., Bethesda, MD. 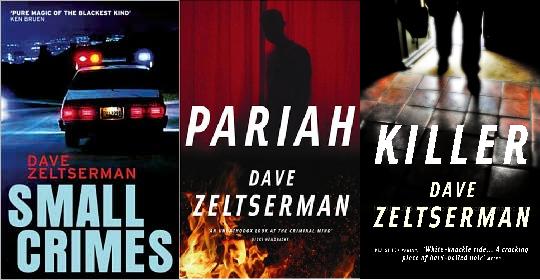 "There's a new name to add to the pantheon of the sons and daughters of Cain: Dave Zeltserman." NPR's Top 5
Crime and Mystery Novels of 2008

"(Pariah) A doozy of a doom-laden crime story that not only makes merry with the justice system but also satirizes the publishing industry" Washington Post, Best Books of 2009

"(Killer) Dave Zeltserman is at it again… Continue chard Wright has to be the most controversial selection for inclusion in Chicago’s Literary Hall of Fame, not for his work, but for his life.

His childhood and teen years in Mississippi and Tennessee were wretched as he was bounced from one family member to another to raise. He finally made his escape to Chicago in 1927, at age 19. Wright got on with the post office as a clerk only to have his job wiped out four years later by the… Continue

Emily Tempest is small, black, as snaky as a taipan's tooth and is the woman least likely ever to embark on a career in policing. But her old mate Superintendent Tom MacGillivray has persuaded her to sign on as the Aboriginal Community Police Officer for the outback (not to mention throwback) township of… Continue

A couple of months ago I did a small book signing tour in Ohio. I met Chrissie Valdini when she bought a copy of Russian Roulette at one of those bookstores, in Dayton. Recently she emailed me with some very positive comments about my mystery…

I was lucky enough to catch up with Louise Welsh on the phone recently and chat to her on behalf of the local Sisters in Crime chapter. We talked about her latest book - NAMING THE BONES, crime fiction, education and that ongoing question - so what is it about Scotland and all those fantastic writers (amongst a lot of other things).

NAMING THE BONES is the latest book from Louise Welsh and it is ostensibly the story of Murray Watson and his research into the life of poet Archie Lunan.… Continue

I was cheering for Studs Terkel to be inducted into Chicago’s Literary Hall of Fame as were all my friends who are current and former newspaper people. We considered him one of us, although he worked in radio. He interviewed people, people of note and people off the street. Did it for 45 years, a daily one-hour program on Chicago’s WFMT.

And because Terkel carried on conversations with his guests rather than fired questions at them, the… Continue

If you’ve read and enjoyed any of the Sticks Hetrick mysteries, you’ll be pleased to know Whiskey Creek Press soon will release BEING SOMEONE ELSE, fourth in the series.

If you haven’t read them, now’s a good time to start. The…

Does that mean you should dash out and buy a crime novel from an independent bookshop? Why not if you enjoy reading a good crime novel, you might help to save this rare breed from extinction (independent booksellers that is, not crime writers). And that is what these dedicated days and weeks are for really - a marketing ploy to help stimulate business and raise awareness.

And it seems there are a growing number of them: World Smile…

If I do too much multi-tasking while writing, researching and reading online sometimes my computer decides to take me to places I don't want to go or to simply freeze everything in place. Luckily no matter what happens or doesn't on the computer I can always shut it down and restart it and get back to where I needed to be. Sadly this only works in the virtual…

Prussia on the Mind: The Historical Mysteries of Michael Gregorio

Sometimes real life is as strange as fiction

Today is the debut of my new blog: Cats, Canines and Crimes.

I am new to blogging so it might take me a couple months to really get the hang of it. My plan is to update my blog once or twice a week with posts related to critters and crimes. Yeah, I know. They don't seem like two go together. But they do, at least they do in my work in progress. My protagonist is a fledgling Internet reporter and an animal shelter volunteer.

It was an exciting week for this author. Just yesterday I attended the annual Washington Writers Conference, and I think it was the best one yet. I sat on a panel of experts discussing book marketing, which was a big hit. I also attended some very informative sessions, made some great connections including a possible new agent, and spent time with some good friends who are…

Every vacation destination that my three girlfriends and I have visited in the past seven years has suffered a natural or manmade disaster just before or just after our visit.…

Castle review and chapter of my book in magazine

Just put up a new issue of my magazine Kings River Life and in this
issue is a review of the TV show Castle and a new chapter in my book
DEADLY DISCRIMATION.
Check it out at http://kingsriverlife.com/06/12/castle-more-than-just-another-mystery-show/
Lorie Ham