Super Ali Karim is at Pulp Pusher...don't miss this one: http://pulppusher.blogspot.com/2011/05/push-ups-ali-karim.html…

Just completed the second book in the Paleface trilogy, this one's called How To Zero.

Wasn't sure it was finished until I saw the words 'The End' appear, as if typed by someone else...

What a long, slow process this all is.  I've written the first two novels over six months and now... I've got to wait, get fresh eyes and read them both and edit them both and give them to others to read to make sure they make sense before I even think about who to send them…

Back to Forensic Basics with the Body Farm Today’s post is not for the squeamish or faint of heart.  It's a perfect post for those who are writing crime fiction, thrillers, or mysteries.

The body farm refers to a…

In this definitive, graphically chilling account of Percy's life, a man dubbed by a prison officer as "Australia's answer to Hannibal Lecter," award-winning true-crime author Debi Marshall applies her investigative journalism skills to a forensic examination of the crimes, the man and his modus… Continue

Waaaaay back in 2007, we were driving in the hills of West Virginia, two innocent tourists, when my phone rang. "Your book, SHAKESPEARE'S BLOOD, has been chosen as a finalist in Amazon's Breakout Novel Contest," someone informed me. Well, that changed the tenor of conversation in that car, as you can well imagine.

But nothing happened. The book did not ultimately win Amazon's contest. The agency that took it on was not successful in selling it, although editors who looked at it…

I met Dawn Thomas virtually on the Kindle Korner Yahoo group. When one of the other participants mentioned my Hannibal Jones novels Dawn got interested and quickly read through them. Later, when I asked why some of my books get comments on Amazon while others don't, Dawn was just as fast to post reviews for my books, starting with Blood and Bone. Because she is such a dedicated fan I've posted Dawn Thomas' comments as this week's featured review on my web site -… Continue

Ian Ayris is not new to the crime fiction scene, but he is on the cusp of being a debut novelist. Caffeine Nights Publishing will release his crime novel, "Abide With Me," very soon.

And I still feel obscure ...

Find out why renowned psychic Gale St. John gets a subpoena from the defense for the Casey Anthony murder trial. 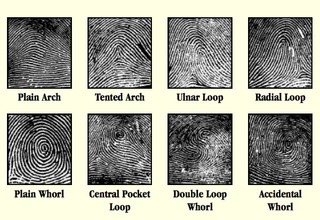 Fingerprints have been studied for uniqueness, identification and criminal importance for more than one hundred years.  The significance of fingerprints and the criminal justice system can’t be undervalued; they can implicate the guilty by linking a criminal to…

I have had the pleasure to interview the co-authors of “Wicked Good”  on my blogtalk radio show The G-ZONE once and Joanne Lewis with Dr. Stephen Shore, a noted Autism & Aspergers expert just last Tuesday on the 24th of this month. Here are the links:

I hope everybody had a nice holiday weekend! They are way too short aren’t they? They start and then, boom, over. Personally I could have used another week or two off. Anyway moving on here, to get back in the swing of things,  I have tried to get a good mix of novels and digital short stories rolling here. Later on today I drop in an Author’s Spotlight on Joann Lewis/Amy Faircloth, the co-authors of “Wicked Good”. Later on in the week, Thursday, I will be featuring… From the bestselling author of STATE'S EVIDENCE and JUSTICE SERVED comes the legal thriller, PERSUASIVE EVIDENCE, now in Kindle and Nook.

When prosecutor's son is charged with a double homicide, she turns to her late husband's law partner to defend him; even as she takes on most important case of…

About a year ago I opened up the first page of the novel I just started reading and it said:

And whoa nellie, I was hooked! And you want to know the interesting part? I had JUST read a how-to book that said never, never, ever, start a book with "IT". As a reader, I couldn't have disagreed more - I was completely wrapped up in this baby. Why was the baby…