She said, in part, the series "constantly delivers a solid mystery" that leaves her guessing.

The full review is available at http://www.freewebs.com/chrischatreviews/2009corruptionchild.htm 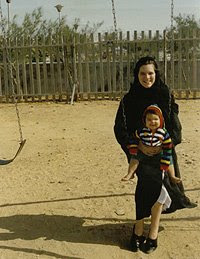 Fiction—and lately in particular crime fiction—can take us deep into alien cultures, through the emotions of the characters who act as our guides, translators and social commentators. The more alien the culture, the bigger the challenge to a Western author. Zoe Ferraris took on Saudi Arabia, one of the most closed cultures… Continue

Learning What You Don't Know

Writing, like other forms of self-employment, is tough because you can never say you're done. As a teacher I got a degree that said I was "ready" to teach, not that it was even close to the truth. In addition, I had a finite beginning and end to my work day and work year, not that the work really ended at 3:30 or June 1st. There was both a sense that I was on a schedule and a sense that I was qualified for the tasks involved.

Writing has neither clear qualifications nor a definite… Continue

Another Great Site for Readers

In this section I like to point you to books I think will be good additions to your library, or to places to find them. Today I want to tell you about GenReview.

That name could be read as a combination of the words genre and review or as a genre-view. Either would be appropriate. They only review popular fiction, those stories written primarily for their entertainment value. They look at crime fiction, romance, speculative… Continue Hayling Island Library was buzzing with activity yesterday (although it doesn't look like it from the above photo-but it was, honest!) Throngs of local people turned up to celebrate its re-opening after its major refit.

The library has been completely redecorated and a new community room added with its own separate access allowing the library to run more group activity. There are now toilet facilities (handy when you're in the library a… Continue

I just have to mention the good time I had Saturday at the Borders in Largo, MD. It was a hot day outdoors but the Capital Centre is such a cool place that a few people stopped by anyway. I can’t say I saw a lot of book browsers, but I had an unusually high percentage of meetings to signed books so it worked out well.

I went to the Latitude festival thinking that it might be my last, as the line up was a little light on guitar bands for me, but I had such a good time there it’s almost a certainty that I’ll be back again next year. The fact that the numbers are kept below 30,000 means it’s a cinch to get around, and there was so much space in the campsite I could have put up a 2-bed semi if I’d had the time, inclination, or building skills. There’s just enough good music on offer to keep me interested, and… Continue

A Week of Doing Limbo

No, not THE Limbo. My back would never tolerate that. I've been IN limbo. Due to circumstances I ended up in a house far away from my home, waiting for its new occupants to arrive and take over. It was supposed to be a brief stay, but mechanical difficulties, too much to do in too little time, and even a wayward cat delayed them, and we were stuck for a full week. To top it off, they had all the furnishings: we had no TV, no phone, no Internet, no stove, and one of those dorm fridges that hold… Continue

Lots of stuff to report this week – so much that I’m going to split the blog into two in fact – the first part will cover Blood Law related news, while the second will be a review of the Latitude Festival (the festival review will be posted tomorrow).

Blood Law News
In support of the release of Blood Law, I’m pleased to announce that I’ll be doing a book signing at the Norwich branch of Waterstones (Castle Street) on Saturday 15th August at 12 noon. If you’re in the area,… Continue

3 Tips to Plan and Write your Book

I have published some tips on my website and the feedback I have had so far, indicates that the tips are helping many authors out there.

If you are wanting to make the process easier for yourself or if you are new to novel writing then please check out my website - it may save you some frustration. These are the tips I use while novel writing based on what I have learnt along my journey.

I hope you get something out of it!…

A Countess in Vienna - Part Ein

One of the most interesting groups that I belong to is an on-line collection of Crime-Writers who gather on something called “CrimeSpace”. The group was developed by a man by the name of Daniel Hatadi, whom I consider to be nothing short of brilliant. Here, writers from all over the world get together virtually to discuss everything from ‘plotting’ to ‘character… Continue

The Kult - Crack the code and win up to $100 in gift vouchers to your favourite store.

People are predictable. That's what makes them easy to kill.

Acting out of misguided loyalty to his friends, police officer Prosper Snow is goaded into helping them perform a copycat killing, but when the real killer comes after him, it’s not only his life on the line, but his family's too. Now if he… Continue

Introducing Lazarus Barnhill, author of THE MEDICINE PEOPLE and LACEY TOOK A HOLIDAY

Isn’t the Internet a wonderful thing! Something happens almost two years ago, and there it sits like a time capsule for all to see.

I met Lazarus Barnhill during a writing contest on Gather.com in October 2007. Entrants posted the first chapter of their work for people to comment on and vote for, and the fifteen top-ranked chapters, plus ten chosen by Gather management went on to post the second chapter. I read some chapters, including Laz’s The Medicine People, but I never… Continue

“Kill someone soon!” Dan Fesperman’s advice on The Writing Life 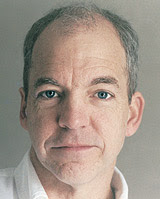 Journalists often dream of turning the more dramatic events to which they’ve been witness into fiction. Relatively few do so successfully, and certainly not with the panache of Dan Fesperman. He has stood out from the crowd of journalist-turned-thrillerists since his fabulous debut “Lie in the Dark.” It was based on… Continue

Signing and a Great Site for Readers (and Writers)

On line, check out Local Talent Books & Music. The website is an online bookstore that specializes in books and music by Virginia authors and musicians. The Local Talent mission (other than selling lots of books) is to help increase exposure of regional authors. Local Talent offers the best selection of… Continue

A reprint from the Premiere Issue of Crooked Magazine

From the Premiere Issue of Crooked Magazine, my story "Retribution."