I just posted a long rant review about the new issue of Harpers that everyone should check out. Good stuff !

Added by KevinRegier@BrotherKangsRants on December 31, 2009 at 11:50pm — No Comments

Wouldn't you like to just grab some people by the coat and tell them how it is?

"Why is it so long before you book comes out?"
I don't know.

"Will they release it in paperback?"
I don't know.

"When will it be available as an audiobook?"
I don't know.

"Why don't you tell them you want...(any of the above) done differently?"
That I know. Because my name is not Nora Roberts.

Legacy of the Ripper is a Kwips & Kritiques Recommended Read

I'm delighted to say that 'Legacy of the Ripper' has just been awarded 'Recommended Read' status by the reviewers at review body CK2S Kwips and Kritiques. This is great news as the book is also nominated for the 'Best Thriller' award in The Preditors & Editors Awards, won last year by 'A Study in Red'. I'll be posting news of the awards and how to vote when the polls open tomorrow 1st January and I hope a few of my friends will support my nomination, and also that of my children's… Continue 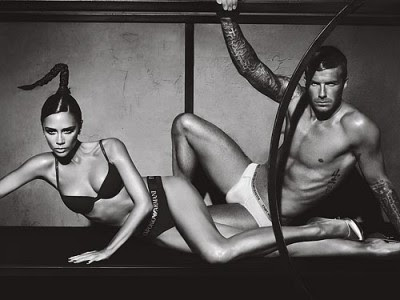 My father-in-law told me the other day he was looking forward to relaxing in front of an American football game. The New York Giants were playing another group of steroidal mutants. Though it was the end of the season, eight teams were… Continue

I'm a recovering English teacher, so I know the basics. Still, every publisher has a formatting guide, and NONE of them agree on how one must submit work. So, no matter how carefully an author sets up a MS, there's a point where she must go back and "fix" the things the publisher wants done another way. To quote Robert Frost, "It couldn't be called ungentle, but how thoroughly departmental."

Ellipsis: space before and space after, or no?
Quotation marks around a phrase at the… Continue

'Dead of Knight' a Thrilling Mystery

I have to admit, I am a big mystery buff. And because it is my favorite genre of literature, I'll also admit that whenever I pick up a mystery book, I have absurdly high expectations for that book (which, sadly, are usually left unfulfilled).

Not this book. William Potter crafts his novel in a way that keeps the reader flipping the pages, eager for the next plot twist. The viewpoint of… Continue

First off I want to say I have enjoyed this group so far. I have been reading alot of the blogs on here and also following links to other pages. it seems like a good group to be part of and hope it continues to grow and grow.

I made a new blog post on my home blog: http://brotherkangrants.blogspot.com/2009/12/at-office-on-cold-winters-day.html

Added by KevinRegier@BrotherKangsRants on December 30, 2009 at 7:50am — No Comments

Christa Faust recently linked her blog to an article she wrote for Los Angeles Magazine on the fetishization of beautiful female victims. (It’s well worth your time; I’ll wait until you finish.)

I don’t read as much crime… Continue

Just got the artwork from Adam Grose for the ebook collection of eight short stories featuring Turner Hahn and Frank Morales. I've posted the artwork in the photo section. Going thru Smashwords.com to see if I generate some interest. Only asking $4.50. Of course, this is all experimental. We'll see if anything comes from it.

You can check out the artwork and connect to Smashwords by going here:

Looking at the Stars

Wilbur Daniel Steele wrote a short story about a pastor who visits an observatory, looks through a telescope, and loses his faith when he realizes how large the universe really is. That's kind of what visiting a chain bookstore can do for an author.

I know the stats on books published, but when I walk the aisles and see the number of authors in my genre and then the number of genres total, look at the number of books each author has to offer, and when I consider that most of them… Continue

Added by KevinRegier@BrotherKangsRants on December 29, 2009 at 12:40pm — No Comments

We post a monthly investigative tip sheet with FAQs, articles, and research links. This month we answered writers' questions on cell phone spyware, what's public vs private property in terms of where one sits their trash cans (think "trash hits" for stories), an article on surveillance vs. stalking (with examples from recent cases where PIs were found innocent, and guilty, of stalking), and several links for research, including one to a forensic cell phone expert/PI's blog.

I think I've hit the wall on serial killers. The book I'm reading, dubbed not-put-downable by lots of critics, languishes on my night stand, very probably because I don't care any more how many ways there are to die screaming.

I have the same feeling I had as a much younger woman when I began to realize that I didn't want to wade through sex scenes, no longer cared how the author described the fitting together of male and female anatomies. Enough. I get it. I'll skip to where the… Continue

Part Two of the Free Tools post is up!

I finished and posted Part Two of the post!

Added by KevinRegier@BrotherKangsRants on December 28, 2009 at 5:17pm — No Comments

MYSTERY ON THE HIGH SEAS: A CRUISE TO DIE FOR

I've had a little set-back with promotion due to a fractured arm, but here's the update:

The cruise is Nov. 14-21, 2010, sailing from Los Angeles to the Mexican Riviera. We have two days at sea for the conference, which is free. Cabins start at $400, gratuities included. Ports of call are Puerto Vallarta, Mazetlan and Cabo San Lucas. There are conference T-shirts, champagne and $50 in "ship" money, plus an open bar meet & greet.

I've been casting the net for a few… Continue

Join Kim Smith, author of the cozy mystery, Buried Angel (Red Rose Publishing), as she virtually tours the blogosphere in January 2010 on her third virtual book tour with Pump Up Your Book Promotion!
http://www.pumpupyourbook.com/2009/12/27/buried-angel-virtual-book-tour-january-2010/


About Kim Smith
Kim Smith is the hostess for the popular radio show, Introducing… Continue

Noddy Holder Has a Lot to Answer For

In your face Tom Jones: I'm a Welsh icon

Welsh Icons ("an Encyclopedia and Gazetteer of Wales and all Things Welsh - A Cymrupedia if you like."...uh, "Cymru" being the Welsh word for Wales.) lists me among the "iconic" writers on its site. That puts me in the company of thriller… Continue

The Blackstone Audio Mike Hammer plays showed up in the stocking Friday, and listening to the stories put me on a Mickey Kick like I haven’t been on in several years. Hammer was the first hard-boiled P.I. I read about back in the day, so when I started writing my own private eye stories, of course the hero vaguely resembled Hammer. I read anything I could get my hands on that had Spillane’s name on the cover—still do—but in the last few years I’ve moved on to other authors and Mickey has fallen… Continue