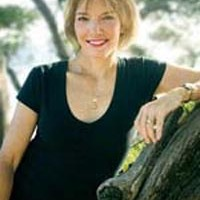 About Me:
Deborah Atkinson’s mysteries reveal aspects of Hawai‘i visitors rarely see. Featuring attorney Storm Kayama, the novels reveal the unique culture of the islands and integrate local legend and folklore. Atkinson lives in Honolulu, Hawaii with her husband and their two sons. She is hard at work on a fourth novel. Check out the first three: Primitive Secrets (2002), The Green Room (2005), Fire Prayer, (2007). Her website is www.debbyatkinson.com.

Movies And TV Shows I Like:
MI-5, The Usual Suspects, The Lives of Others, Veronica Mars

Mark Bouton said…
Good for you, Debby. Congratulations on the new book. My fourth novel came out in July--The Second Savior. Took a detour and wrote a nonfiction book about how to detect lying. My agent is shopping it now.

Mark Bouton said…
Aloha, Debbie. Hope things are going well for you. We just moved to a new house and acreage, and we really like it. Take care.

David L. Hoof said…
Here's a Hawaiian novel idea. Maybe not right for you, but something that Hawaiians, including my brother, should think about. Economically, island economies are always at risk. With rising fuel costs, tourism could slow to a trickle. How would such a backdrop play out for any story?

Lee Lofland said…
I'm glad you're enjoying the site. I always wonder if the material is well-received.

Deborah Turrell Atkinson said…
I can relate--I like to get to the Mainland. You know how it is! Hope my books bring back memories, though I have to hope you've never been in a situation like some of the ones they cover:-)
Enjoy,
Debby

Looking forward to reading your books. I used to go to the islands every year but after the bubble burst my travel funds have reduced me being land-locked. Hopefully, soon, "I will return."

David L. Hoof said…
The scuba has been great male bonding stuff for us bros, with night dives, diving wrecks and stuff. Glad that you're into it. After the Sydney Olympics my wife and I went to Heron Island near the Great Barrier reef and I got in five dives. The reef is still incredibly diverse -- or was seven years ago -- and the white tipped reef sharks had enough to keep them from getting too hungry. Went face to face with a five hundred pound grouper. Bottom times were representative but would be longer with double eighties or rapid rebreathers. So far I haven't gone there. I need to tell you what I learned from one of the women on the dive. She did the drift dive inverted (upside down) at neutral bouyancy, so as to see all the coral without the possibility of smashing into it. I picked it up right away. Once you get used to looking down instead of ahead or down, it kind of grows on you. And here's something: Hawaiian novels it would be far from unnatural to work in scuba, as Peter Benchley did both in Jaws and The Deep. Note on Benchley. He extracted a whole paragraph -- you can find it if you like -- verbatim from my friend Tom Allen's Shark Almanac and used it in Jaws for describing the great white. Having been educated by Jesuits, Tom is very philosophical, offering that "Plaigerism is the most sincere form a flattery." I'm not sure my reaction would have been as tempered.

Deborah Turrell Atkinson said…
Good for you for doing the marathon! Wow! Have you done a lot of marathons? Where do you live since you surf? I'm going to check out your page, of course. You'll have to tell me what you think of The Green Room. I surf a bit--just small waves on the south shore--so I talked to some big wave surfers to get the flavor of the north shore monsters.
Hope you enjoy! My third book in the series, Fire Prayer, just came out. It takes place on Molokai.
a hui hou,
Debby