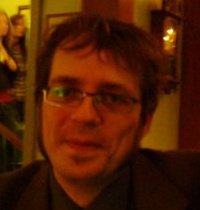 About Me:
I am an ex-stand-up comedian, rock band drummer, probation officer, call centre stooge and a million and one other things. My first novel 'Dogs Chase Cars' comes out in March through Drugstore Books and I am the author of the 'Rifkin & Whelan Mersey Mojo' chaotic mystery/thriller series (belly laughs and ballistics).
My short story, 'Stark' has been published by Pulp Metal magazine. 'Summer Slammin' the first in a series of short stories featuring greene & Jarvis, two D.C. homicide detectives has also been picked up by Pulp Metal Magazine and will appear in the next issue.

Movies And TV Shows I Like:
The Big Lebowksi, The Sopranos, Deadwood, The Wire. Westerns- The Unforgiven, Tombstone, The Spagehetti Trilogy, Once Upon A Time In The West. Star Trek, Dr Who, Any classic era noir film I can see. 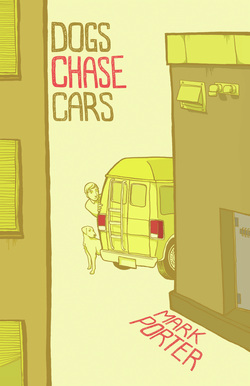 "Dogs Chase Cars made me laugh out loud. many times. It is reminiscent of Carl Hiaasen's books- an excellent crime drama coupled with hilarious dialogue and situations. I totally loved it." - Mike Boon

"A comedy with heart." - Andrew Oberg
"Dressed up in bawdy, occasionally even gross-out, humor, Dogs Chase Cars has wit – real wit - to spare. Almost every paragraph builds up to its own punch line, and delivers a blow every time, even a few knock-outs. Porter rarely misses a jab, handing out wry observations like they were kittens, cleverly setting the stage for Harry’s emotional transformation to re-engaging with his life, friends and family.

Mystery, humor, sex – it’s all there, but what elevates Dogs Chase Cars in the end is heart. Porter’s characters walk, talk and act like real people – he nails the dialogue, the interaction, the attractions, the challenges and the conflicts with subtlety and nuance, and has us laughing and rooting for Harry and his misfit circle of friends as they track down a would-be killer, and learn to take care of each other along the way." - Matt Hadder

Noir Nation said…
I guess next, after writing a killer story, then see the submission guidelines on the Noir Nation website http://noirnation.com  Later, Alan

I'm the European editor for Noir Nation, and I would love to get some more stories from the UK for Issue 2  (Issue 1 will be available Sept 1, 2011).  Looking for short stories and graphic stories (comics).  Maybe you have some, and could also help spread the word?  We start reading for issue 2 on Oct 1.

Sorry, All, haven't been around in a while-just catching up. Hope you are all enjoying the long holiday weekend.

Karen Tyrrell said…
Thanks Mark for the suggestion. Who is the author by the way? ... Karen :))

No I haven't heard of Max Berry. I usually read books written by female crime writers with female protagonists and side-kicks :))

Robin Richmond said…
sorry for delay in accepting not been on this site for a while.Nice meeting you

Geraldine Evans said…
Hi Mark, Sorry, I don't recall answering your request for me to do a Q and A (I don't recall seeing it, to be honest! Must be getting forgetful...). Yes, I'm happy to do it. Let me have the questions whenever and let me know what else you would like (bio, book blurb, links, pix, whatever). Cheers. G

Amanda Ward said…
Thanks Mark. Well done with the DOGS CHASE CARS book. Looks intriguing. Will seek it out.