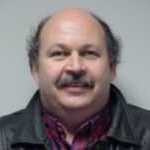 About Me:
Longtime fan of crime fiction and mystery yarns. Work as a civilian employee/investigator for the Clay County (MO) prosecuting attorney's office. Collect signed first editions of my favorite authors and frequently attend signings.

Books And Authors I Like:
Fredric Brown (My personal favorite author of all time)
August Derleth (My second favorite author)
Michael Connelly
John Connolly
C.J. Box
David Morrell (anything, but particularly *First Blood*, *Creepers* and *Scavenger*)
Barry Eisler
George Pelecanos
Victor Gischler (Highly recommend *Pistol Poets*; and his *Gun Monkeys* is a classic)
Terrill Lee Lankford (If you read nothing else this year, read *Blonde Lightning*. I mean it!)
Lori G. Armstrong (as creative as she is lovely ... )
Charles Willeford
Amanda Stevens
Bradley J. Smith (*Rises a Moral Man*, *All Hat*, *Busted Flush* and *One-eyed Jacks*)
Dominic Martell a/k/a Sam Reaves
Gary Cook (Okay, okay, if you read only two books this year, make sure one is *Blood Trail*. One of the best 10 books I've read in 20 years.)
James Crumley (anything, but especially *The Last Good Kiss*)
Jonathan Lethem (*Gun, With Occassional Music*, *Motherless Brooklyn*, *As She Climbed Across the Table* and *Amnesia Moon* are all recommended)
Daniel Woodrell (*Woe to Live On*, *Death of Sweet Mister* and *Tomato Red*)
Tyler Knox (his debut, *Kockroach*, is a tour de force!)
Kent Anderson (anything, but particularly *Night Dogs*)
Lono Waiwaiole (*Wiley's Shuffle*, *Wiley's Lament*)
Don Winslow (*The Power of the Dog*, I'm not one for superlatives but *Dog* was flat out excellent!)
Max McCoy (*The Moon Pool* is a marvelous novel. Also read *Hinterland* as well as his westerns, *A Breed Apart* and *Hellfire Canyon.*)
Janet Evanovich
Olen Steinhauer (*The Bridge of Sighs*)
Andrew Vachss (anything, but particularly *Flood*, *Hard Candy* and *Footsteps of the Hawk*)
Ben Rehder (anything, but particularly *Flat Crazy*)
Kent Harrington (*Dia De Los Muertos*, *The American Boys*, and *Dark Ride*)
Donna Andrews
Eliot Pattison, particularly his latest *Bone Rattler*. Absolutely marvelous!

Movies And TV Shows I Like:
Law & Order (NBC and the reruns)
Without a Trace (CBS)
Cold Case (CBS)
The Closer (TNT)
Sin City

"You never get a second chance to make a first impression."

That's like the quote attributed to the late Philadelphia Mayor, Frank Rizzo: "The streets are safe in Philadelphia. It's only the people who make them unsafe."

I was reminded of this (first impressions, not Philadelphia) outside a Quik-Trip here in Liberty.

I had paid for gas (filling my gas tank costs me more than rent in my first apartment!) and was waiting for my daughter to come back with…

If you live in a small town, you'll know what I'm talking about.

As you're driving, you see another vehicle and as you pass each other, you wave. (The left hand, two-finger wave, is my personal favorite).

I now live in a suburban community where, though not as frequently as in rural communities, you still see motorists wave or recognize other motorists. I…


I recently turned 53 and because I'm around so many females at work and home, I thought I'd do something manly to recognize by advancing years.

So I joined a local gun club, took my .44-Magnum revolver, and went shooting.

So that birthday weekend I shot guns. I smoked cigars. I drank beer and…

Preetham Grandhi said…
Hi James , I want to introduce you to my debut novel "A Circle of souls" which is a murder, mystery, psychological thriller and a tale of justice and hope. Do visit www.acircleofsouls.com to read more about the book. Make sure you sign up to win an autographed copy of the book. You can also read more reviews by clicking on the More Reviews button at the website. Thanks for your time in advance.

I see you're a fan of August Derleth. He's good. Did you know he was the editor for much of the work of HP Lovecraft, one of my favorites?

His obituary is below, along with a link to The Kansas City Star.
Linn Lewis Brown

He was born Oct. 7, 1932, in Milwaukee, Wis., to Fredric Brown, a noted mystery and science fiction author, and Helen Brown. He was graduated from the University of Wisconsin in 1954 with a degree in journalism. After serving stateside in the Korean conflict, he began working as a reporter in Phoenix, Ariz., in 1956.

He returned in 1978 to Kansas City as editor of the Dispatch-Tribune newspapers. In 1980 he married Betty Anne Hawker Morris. Linn retired in 1997 after earning dozens of awards for his newspapers, was named "editor emeritus" and continued to write feature stories and a weekly column. He then worked four years at the Argosy Casino in Riverside and, failing at retirement a second time, worked as a cashier for Wal-Mart until recently.

His body was donated to the University of Kansas Medical Center. Linn was predeceased by his parents and a stepson, David Lynn Morris.

He is survived by his wife, Betty Anne Brown of the home; a brother, James Ross Brown (Melinda) of San Francisco; stepchildren Ann Bush (Dale), Paul Morris (Joni) and Carolyn Morris, and step- grandchildren Ryan Morris (Tiffany), Lindsey Morris (partner Andy Leader), Miles S. Morris, and Will R. Morris, all of the Northland. Linn was a bon vivant. He was passionate about food - shopping for it, preparing and cooking it - and traveling. Linn and Betty Anne booked apartments in Paris and Trouville, France, Rome, the Grand Caymans, New York, Boston, Hawaii, and Cozumel and Cabo San Lucas, Mexico.

A memorial service will be held at a later date. In lieu of flowers the family suggests donations to the Northland Animal Welfare Society, 9601 N.E. Barry Road, Kansas City, MO 64158 (), in honor of his "little white dog" and frequent column subject, Jolie.

KS Crimesolver said…
Glad to see you appreciate a good sarcastic yarn as in the likes of Stephanie Plum from Janet Evanovich. Happy Holidays!

Steven Dunne said…
Hi Jim
Hope you're well. I'm pleased to say Reaper is now available in the States on amazon.com at $16.99. In advanced search type Dunne for author and Reaper for title. Hope you take a look and spread the word.
Best wishes
Steve D

Pepper Smith said…
Hi James. Thanks for the invite!

Dorien Grey said…
Hi, James: Thanks for inviting me to your friends' list. I liked your video, btw, though how about doing a voiceover so we'll know who we're seeing?

You're an avid reader, and I'm an avid writer. A match made in heaven? I invite you to check out my website (http://www.doriengrey.net) and my books.

Good luck with your own writing.

Morgan OReilly said…
Thanks for adding me :-)

Patricia Foulk said…
Hi, James. Thanks for the invitation. You have a wonderfully eclectic list of authors posted. Next time I'm in a book store, I'll check out some of your recommendations. You have a bunch of faves already listed so "obviously" you have good taste. LOL

Thanks for the invite.