The Top Ten Mystery Shows Ever Ever Ever

I also expect that there are those out there who are rolling their eyes, thinking that I should be talking about books, not television. But the thing is, when television is done well, I love it, and television has done mystery, crime, suspense, and spy thrillers well, especially well in the last ten years.…

Darusha Wehm is the author of the sci-fi mystery novels Beautiful Red, Self Made, Act of Will, and The Beauty of Our Weapons, writing as M. Darusha Wehm. Her short fiction has appeared in publications such as…

Writing A Crime Novel Without Getting Busted

After chasing crooks for a number of years as a cop, I forget that some writers might break out in hives trying to figure out to write about the slimy side of life—interaction and investigation of the criminal world. Some writers’ life experiences might not have afforded them the opportunity to have a gangster in their face telling…

The Ice Woman Assignment is free for all Kindle users through the weekend.
http://www.amazon.com/Woman-Assignment-Obrien-Thriller-ebook/dp/B00BMHBMJI/ref=sr_1_1_title_1_kin?s=books&ie=UTF8&qid=1364564019&sr=1-1&keywords=austin+camacho

A Diet Of Murder 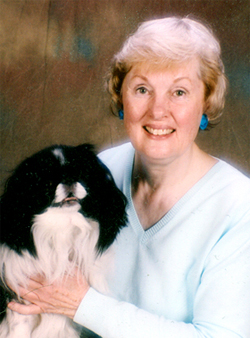 I’m sitting at my computer this early Friday morning trying to think of the perfect blog for this week, when suddenly this woman breaks through the door, pounds up the steps, pushes me out of my chair, and before I know what’s happening, she uploads the following blog.… More Praise for The Ice Woman

Fellow authors keep making me blush! Miranda Phillips Walker - author of the amazing Megan McKenna FBI Mysteries – sent this: “Austin Camacho masterfully choreographs a tale of suspense and international intrigue in The Ice Woman Assignment. Stark and O'Brien make for the best crime-fighting team that I've seen in years as they combat the diabolical evil behind a drug cartel that uses supernatural means to paralyze their enemies.”…

Just thought I'd post a quick word about a novel I've just read called 'Haggard Hawk' by Marcus Barr.  Being a MASSIVE fan of Midsomer Murders, I went to have a look around the sets and villages where they shot a lot of the episodes.  I was in heaven!  Walking around the countryside where Barnaby and his various sidekicks brought down 'murderers most foul'... And what's so incredible, is that I survived to tell the tale!  Anyway, I…

Mysteries in my TBR Pile

Here are some mystery/crime novels from my TBR pile. Are any of these on your list? Last of the Seals by Greg Messel. Read my review here.

The positive feedback keeps flowing in! Ondrea L. Davis-writing for the Foresight Literary Lounge- gave The Ice Woman Assignment a 5- Star review on Amazon in which she said,: "This title is the epitome of the term "action-packed thriller." There was never a moment that left me bored. I strongly recommend this title to others. Well done Mr. Camacho!"

Jeffery Deaver and Peter James are lined up to take part in this year’s Crimefest and I'm delighted to be there with them. Up in Kings River Life Magazine this weekend we have a review of Lesley Diehl's latest mystery novel, "Grilled, Chilled, and Killed" & a chance to win a copy of the book http://kingsriverlife.com/03/23/grilled-chilled-and-killed-by-lesley-a-diehl/

We also have a review of Kris Neri's latest Tracy Eaton mystery, "Revenge On Route 66", a guest post by Kris about Route 66 as a setting…

Mystery/thriller author Larry Matthews interviewed me about my new novel-The Ice Woman Assignment-on his podcast. Give us a listen! http://soundcloud.com/larry-matthews/austin-camacho-is-interviewed

“I can't remember the last time I wasn't at least kind of tired.”

I know what you mean.

Last year, my taekwondo instructor and I discussed his training for his upcoming test for his 7th Degree Black Belt. He mentioned his commitment to practicing his form, a daily exercise routine, and always looking toward the goal. Only recently before that conversation I had begun a new exercise regimen to…

It has been more than two years since New York Times bestselling author John Lescroart visited us here on Hook’em & Book’em. There has been a least one major change in his writing career since that time which we will cover in the Q&A section below. It has been too long. Join me as we find out what has been happening in John’s literary world since we last…

I think I mentioned how much I love getting praise from other writers I respect. So you won’t be surprised that I was blown away by this comment from Robert W. Walker, author of Titanic 2012, Bismarck 2013, and The Edge of Instinct:

“Take Ed McBain, Mickey Spillane, and a dash of Lawrence Block and what do you get? Austin Camacho! And Camacho means non-stop action, inside knowledge of military procedures and the world of the FBI & DEA. Camacho knows how to keep us turning pages…

On Saturday night I appeared on the Arts and Culture Show on Voice FM  talking to the radio presenter Xan Phillips about my marine mystery crime novels, the inspiration behind my flawed and rugged detective DI Andy Horton, the latest in the Horton series, Undercurrent and the importance of marketing for authors, artists and musicians.

Retirement can be murder!

The adventures of a former Sydney detective from 21 Division who, in his prime, collared some of the most murderous criminals in Australian history yet, on retiring to the Gold Coast in Queensland, along with half…